The governor-elect of Osun State, Senator Ademola Adeleke, has cautioned the incumbent governor, Gboyega Oyetola, against the “diversion and looting of government assets and public properties”. 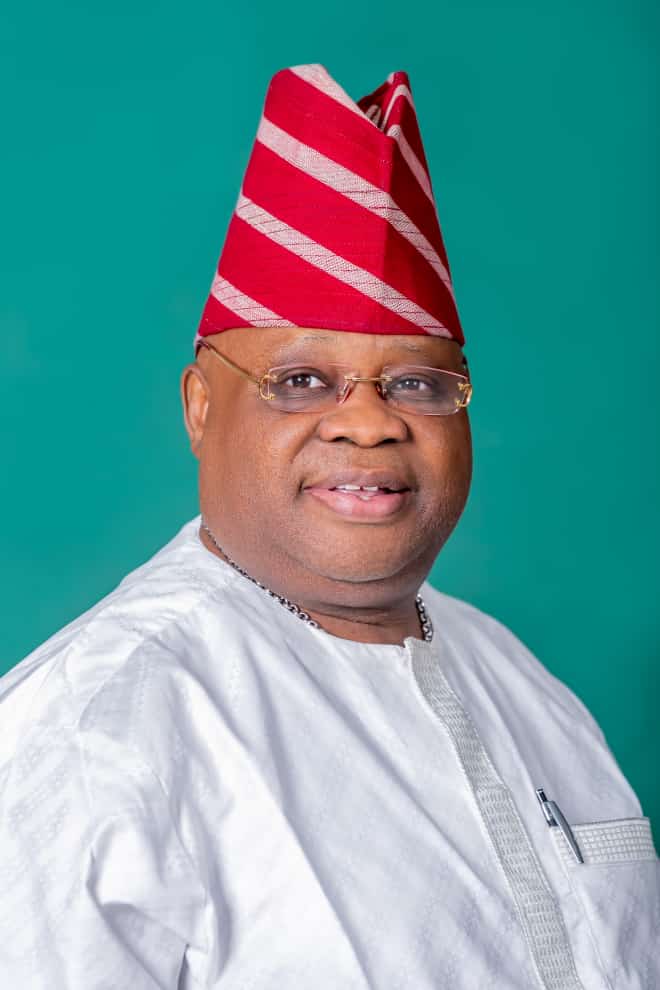 The governor-elect made this known in an issued statement signed by his spokesman, Mallam Olawale Rasheed, yesterday. Adeleke alleged that Oyetola and his allies were making moves to convert public properties to private ownership and bankrupt state finances ahead of change of government.

The statement read in part: “The attention of the office of the Osun State Governor-elect, Senator Ademola Adeleke has been drawn to unwholesome criminal activities by some government functionaries and appointees under the watch of Governor Gboyega Oyetola directed towards pilfering of state assets, conversion of public assets into private ownership, illegal awards of licences and incurring of superfluous loans and expenditure.

“We have it on good authority that Osun state assets within the state, Kogi, Lagos, Abuja and outside the shore of the country are being tampered with for private acquisition. We have detailed reports of several properties currently being processed for ownership transfer involving serving commissioners and top government officials, hence serious warning to those involved in the illegal deals.

“Emerging reports also indicate several shady conducts ongoing within the state finance ministry Aside N17 billion loan allegedly taken by the Governor to prosecute the lost election, we are inundated with credible reports of emergency contract awards, hurried processing of payments vouchers and a grand agenda to incurr further debt under the guise of project implementation.

“There is an elaborate plot to further bankrupt the state to complicate governance under the new administration. We want to use this medium to warn all those involved in this criminal endeavour to desist from these nefarious activities as we will hold everybody accountable for their conduct. Let it be known to the Governor and his team that we have the complete records and inventory of Osun state assets. We are in possession of records of what was handed over to the Governor by his predecessor as well as true state of Osun finance and properties. Therefore, we put on notice that any attempt to divert state properties and muddle up Osun finances will be visited with full measure of accountability.

“It is on this premise that the general public and the good people of Osun State are hereby alerted to the dastardly plan by Governor Oyetola and some of his officials, and for the public to report any such criminal moves which they may sense regarding this public alert”.