An Oyo State High Court, presided over by Justice Ladiran Akintola, on Friday, made a declaration that campaigns for self-determination by people in Nigeria is legal and a fundamental human right. 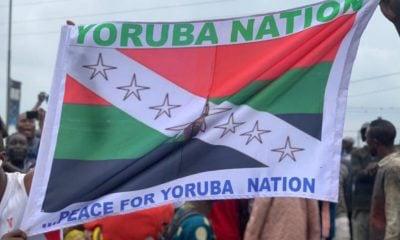 Delivering judgment in a suit filed against the Federal Government by Chief Sunday Adeyemo, otherwise called Sunday Igboho, Justice Akintola said with the combined provisions of international and domestic laws, Nigerians, including Igboho, had the unquestionable and inalienable fundamental right to campaign and agitate for self-determination.

Justice Akintola granted all the 16 reliefs sought by Igboho in the suit filed on his behalf by his lawyer, Chief Yomi Alliu, (SAN).

The judge awarded N2 million as a cost to Igboho. In his reaction after the judgment, Igboho’s counsel, Alliu, said the judgment was a victory for democracy and the rule of law, adding that it had further proved that the court is the last hope of the common man.

He added that the judgment would serve as a lesson to government agencies who are fond of infringing on the fundamental human rights of citizens.