Former Managing Director of the Nigerian Ports Authority (NPA), Hadiza Bala-Usman’s troubles have just been compounded as a panel of inquiry appointed, with the approval of President Muhammadu Buhari, to investigate her 5-year tenure at the government agency, has allegedly indicted her and subsequently issued her a query. 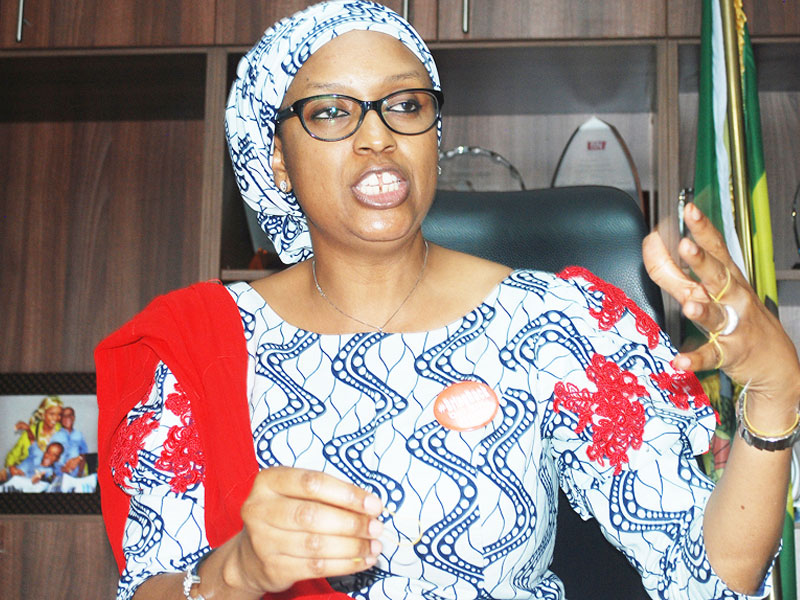 She was quickly replaced by Mohammed Bello-Koko as the acting managing director of the agency. Until his appointment, Mohammed was a member of the Board of Directors of the NPA.
The 11-man panel, which investigated the former NPA MD was constituted by Amaechi and headed by the Director, Maritime Services of the ministry, Suleiman Auwalu.

It was gathered from a reliable government official, who prefers to remain anonymous, that Bala-Usman has been agitated with the delayed findings from the panel. Her agitation prompted her to begin to pester the President, through emissaries, to reinstate her since the panel was yet to make its findings, recommendation and suggestions public.

She based her push for re-instatement on the premise that since the panel was yet to make their findings known, eight months after she was suspended, then there was no gain-saying the fact that her record is clean and her time as NPA MD, flawless. While she was trying to arm-twist the president, the members of the panel quietly compiled their findings and recommendations, which they presented to Amaechi.

From their investigations, she was found culpable and the ministry of transportation promptly issued her a query.

Hadiza, according to a source, is yet to receive the query as at the time of going to press, but how she hopes to get out of this quagmire remains to be seen, as her membership of the ruling All Progressives Congress, (APC), and her being supposedly in the good books of the President, which should otherwise serve as an ‘immunity clause’, hasn’t helped her situation.

A former Chief of Staff to Kaduna State governor, Nasir El Rufa’i and Co-Convener of the #BringBackOurGirls movement, Bala-Usman was appointed by President Buhari in 2016, amidst widespread criticism bordering on her lack of cognate experience or qualification about such a sensitive sector.

Her second tenure would have lapsed in 2026 if she had not been suspended.