The Nigerian Army, on Tuesday, dismissed allegations of corruption against some of its top officers. 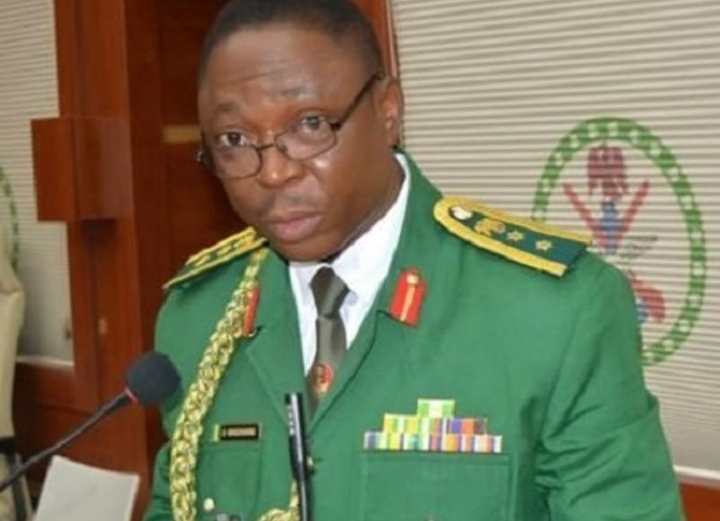 According to an issued statement by the Director, Army Public Relations, Onyema Nwachukwu, in Abuja, some aggrieved personnel wrote an open letter to the president, accusing top army officers of corruption.

An online report had emerged on Monday that some aggrieved personnel had, in an impersonal letter to President Muhammadu Buhari, accused top army officers of corruption.

Nwachukwu said more worrisome was the insinuation that soldiers had threatened to embark on strike, saying such an action was tantamount to mutiny in the Armed Forces of Nigeria.

He said the Nigerian army subscribed to the Integrated Payroll and Personnel Information System, (IPPIS), as directed by the federal government, since 2018, adding that the system had facilitated the flawless payment of salaries and allowances of personnel.

Nwachukwu said subscribing to IPPIS was part of the effort to guard against fraudulent practices and entrench accountability and transparency in the system.

According to him, the IPPIS does not permit any personnel access to payment processes.

Nwachukwu said it was weird that the personnel, whose morale was considerably high under the command of the incumbent Chief of Army Staff, would make such allegations and threats.

He said the current administration had accorded priority and prompt attention to soldiers’ welfare, including timely payment of their salaries and allowances.

According to him, the Nigerian army, as a professional institution, will, however, investigate the claims made in the report to establish its veracity and take appropriate action, where necessary.

“The Nigerian Army wishes to state that it will not be deterred by any unpatriotic attempt, aimed at dwindling the morale of her personnel.

“Personnel of the NA are rest assured that the Chief of Army Staff’s innovative welfare programmes currently being implemented for Regimental Sergeant Majors down and their families, will be unmatched for posterity”, he said.