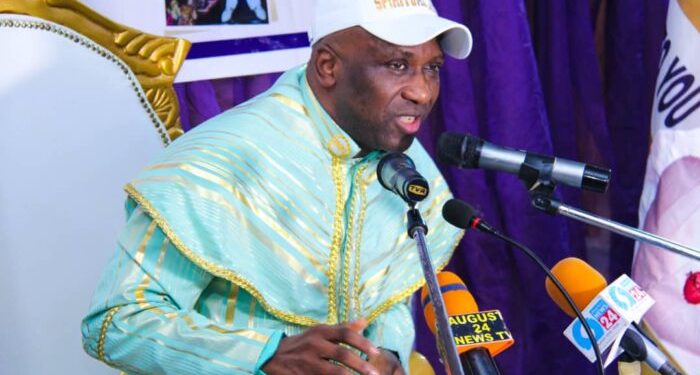 He urged the party leaders and the presidential candidate, Abubakar Atiku, to find ways to make peace if they want to win the election.

On Wike, Primate Ayodele made it known that he would sink and lose political relevance if he leaves the party, while urging him and other governors planning to work against the party to seek divine direction rather than relying on their physical strength.

He said: ‘’PDP should not allow Wike to leave; because if he leaves, the chances of the party in the presidential election will be jeopardised. What Wike is dragging can cause PDP so much that Atiku should try to adjust; and this is not about dominating. He should try and make peace work in the party.

According to him, only peace and the presence of some important people can give the party victory. Wike leaving PDP will dent the victory of Atiku, because other important members of the party will leave with him, and it will make the election tougher for the party.

“If PDP does not settle its crisis, the party will go into oblivion after 2023. Atiku should consult God, technocrats, and those that love him; otherwise, this Wike’s crisis can sink PDP.  However, Wike will also sink if he leaves the party and will not be given recognition. If PDP loses the election, he will be embarrassed. He and other governors planning to leave should seek divine direction rather than physical strength”, he further stated.