As its mandate ended yesterday, the 37-person zoning committee of the Peoples Democratic Party, (PDP), has flung open its presidential ticket to all aspirants. 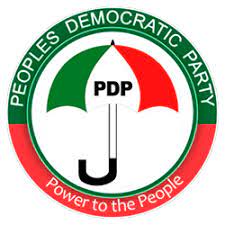 It was gathered that the decision came after a meeting yesterday at the Benue State Governor’s Lodge, Asokoro, Abuja.

According to a source who pleaded anonymity, the committee threw open the ticket “due to exigency of time” saying “zoning, as in our party constitution, is affirmed.”

Recall that the Bauchi State Governor, Bala Mohammed-led committee which reviewed the PDP performance during the 2019 general election had sometimes last year recommended that the 2023 ticket be thrown open.

After three meetings in the last 2 weeks, a source who is a member of the 37-man zoning committee said that the Ortom-led committee has also recommended that the ticket be open.

The source said, after the over three hours meeting in Abuja yesterday, ”We have resolved that the ticket be thrown open; this will allow those who have bought forms to contest”.

Recall also that the PDP zoned its presidential ticket to the North during the 2019 general elections.

The party argued that the zone still has an uncompleted tenure following the demise of former President Umaru Yar’Adua, on May 5, 2010, who only served for two years and 11 months.