Barring any unforeseen circumstance, the Peoples Democratic Party (PDP) will hold its National Caucus and National Executive Committee (NEC) meetings in Abuja next week Wednesday and Thursday respectively, to ratify the Director-General and other members of its Presidential Campaign Council. 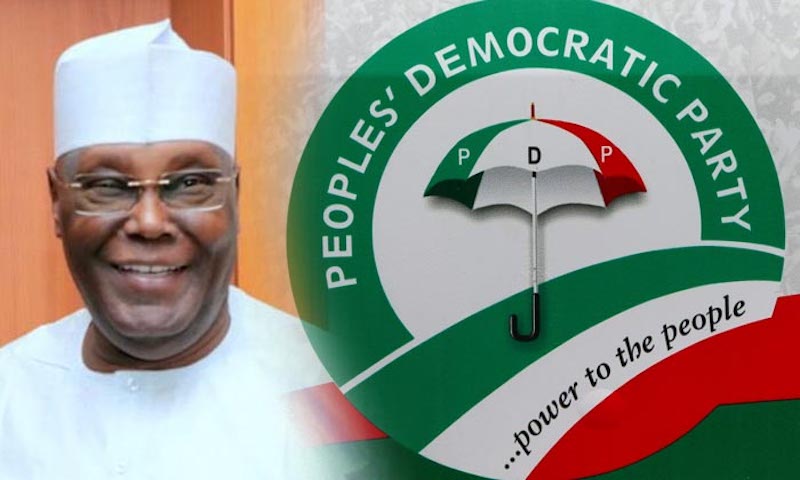 This is coming on the heels of the declaration by the former Minister of Justice/Attorney-General of the Federation (AGF), Mohammed Adoke, (SAN), that the party’s National Chairman, Iyorchia Ayu, is not interested in the party’s victory in next year’s presidential election and therefore should step aside.

Recall that three weeks ago, the PDP’s National Caucus and NEC meetings were called-off because of agitations by some stakeholders to remove Ayu on allegations that he was biased and had betrayed the Rivers State Governor, Nyesom Wike, who lost to Atiku at the presidential primary. Those in Wike’s camp also argue that Ayu must step down in line with his earlier promise to do so should a presidential candidate of the party emerge from the North.

It was gathered that by going ahead with the NEC and Caucus meetings next week, the PDP might have called the bluff of Wike’s group who are insisting that Ayu should step aside to make way for a national chairman from the South, preferably, the South-West geo-political zone.

So far, the party’s Presidential candidate, Atiku Abubakar has resisted pressure to move against Ayu. It is equally not certain that he would accept Saraki as his campaign DG, because, according to sources, he wants to compensate Tambuwal for stepping aside for him to win the ticket.

Meanwhile Adoke yesterday intensified the campaign for the resignation of Ayu, arguing that “the National Chairman is not showing that he is interested in the party’s victory in next year’s elections”.

Wike and his associates are demanding that the PDP national chairman should step down as a precondition for resolving the rift with Atiku. They are angry that Atiku refused to pick Wike as his running mate and also openly disparaged him. Also, this week, the former deputy national chairman of the PDP, Bode George also demanded that Ayu step down.

Amid the calls for his resignation, Ayu, while speaking in an interview with BBC Hausa on Wednesday, said those demanding that he should step down were children.