Members of the Nigeria Union of Pensioners, (NUP), have said they will on Friday embark on a massive nationwide protest over the failure of the Federal Government to increase their pension allowances.

The outgoing President of the NUP, Abel Afolayan, disclosed this in Abuja at the 11th quadrennial delegate conference of the union yesterday.

He said his members would ground the Office of the Secretary to the Government of the Federation during the protest. 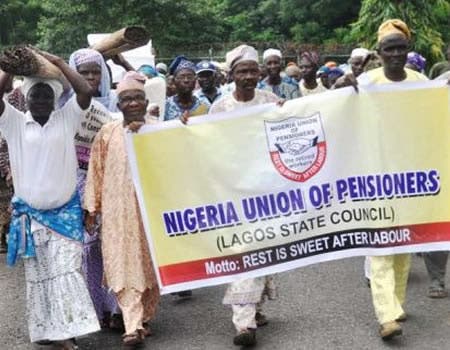 Afolayan told newsmen that the union had issued to the Federal Government an ultimatum on the protest but nothing has been done, insisting that the pensioners cannot continue to languish in abject poverty amidst rising prices of daily needs.

According to the senior citizens, “We are protesting because they have refused to release the letter of pension increment consequential upon the minimum wage and salary adjustment to workers, two years after that was done.

However, the Minister of Labour and Employment, Chris Ngige, said the federal government was mindful of the sacrifices and contributions of retirees to the nation and is committed to taking necessary steps to address welfare issues.

Ngige, who was represented by the Permanent Secretary, Federal Ministry of Labour and Employment, Dr. Yerima Tarfa, said the lingering issue of consequential adjustment to the pension of Nigerian pensioners has been overdue since 2019 when the new Minimum Wage Act was signed into law by the President Muhammadu Buhari.