Emir of Wase, Alh. Muhammed Sambo Haruna, has raised the alarm that terrorists have taken over 50% of land mass in Wase Local government area of Plateau State. 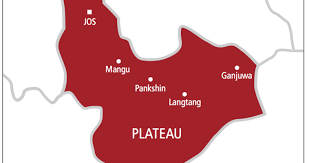 He noted that Wase is a fertile land with a vast land mass, which cannot be accessed by farmers due to the heavy presence of terrorists.

Alhaji Haruna disclosed this during a Colloquium and Fund Raising organised by Nigeria Union of Journalists, (NUJ), Plateau State council, with the theme: “Tackling food crises in Nigeria through robust research for sustainable development” in Jos, the State capital, yesterday.

He lamented that inhabitants of Wase were living in fear as terrorists have overrun half of the town, saying, It is worrisome and disheartening that as I speak, terrorists are in control of the domain and if something urgent is not done, they might take over the whole of Wase as their territory.

The first-class traditional ruler thanked the state and federal governments for deploying security personnel to the village to stem operations of the bandits.

A scholar, Prof. Dakas C.J. Dakas, who delivered a lecture, acknowledged the fact that Nigeria is grappling with food insecurity.

He blamed the food crises in the country on the current security challenges that have taken a toll on the nation were farmers can no longer go to farms.

He noted that Government and industries must work in synergy in order to tackle challenges associated with food insecurity for sustainable development in the country.