Some operatives of the Economic and Financial Crimes Commission (EFCC) and the Independent Corrupt Practices and Other Related Offences Commission, (ICPC), handling high-profiled cases for the Commission in various courts have said their morale is becoming lower than before due to a recent presidential pardon. 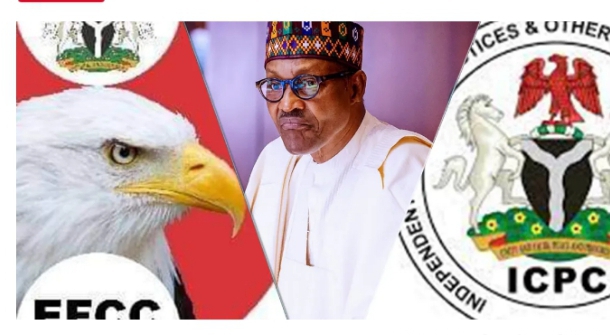 The operatives, who spoke anonymously in separate interviews, said their dampened morale was based on the recent presidential pardon granted to the former governors of Plateau and Taraba States, Joshua Dariye and Jolly Nyame respectively.

Recall that the National Council of State had last Thursday endorsed the pardon of Dariye, Nyame along with 157 other convicts, following the recommendation of the Presidential Advisory Committee on the Prerogative of Mercy.

According to one of the operatives, “It is quite sad that the two former governors could be pardoned despite our sleepless nights to ensure that those people who looted our commonwealth didn’t go scot-free. Sincerely, this will definitely affect our zeal to prosecute any Politically Exposed Persons, (PEPs).

Another operative, in his submission, said, “There is no need to waste millions of Naira in prosecuting political thieves, after all, they will be pardoned if their convictions are finally secure”.