The Police Command in Kaduna State has said that 48 of the 49 persons abducted when traders under escort came under attack of terrorists at Udawa village in Chikun local government area of the state on Wednesday have been rescued. 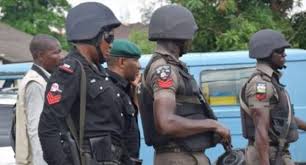 The Command’s spokesman, ASP Mohammed Jalige, in an issued statement yesterday, explained that on Wednesday at about 09.30 a.m., policemen escorting traders from Udawa village to Kaduna came under attack by the terrorists, leading to the kidnap of several persons.

According to him, the team reinforced and engaged the bandits, forcing them to retreat and abandon their victims, some with gunshot wounds. “The operatives succeeded in rescuing 48 people. They were profiled and subsequently escorted to their destination safely”, he said. Jalige, however, said that one woman was yet to be accounted for, adding that there was on-going effort to rescue her unharmed.

Meanwhile, the Police spokesman added that operatives had arrested three suspects and recovered 1,454 bottles of Codeine syrup on the Kaduna-Zaria road.

Jalige said that the Police patrol team attached to Sabon-Gari Division, in Zaria, intercepted an unregistered vehicle on the Kaduna-Zaria road, carrying the bottles of the codeine syrup, adding that 44 pieces of adulterated Gluta white cream and eight bags containing chemicals were recovered from the vehicle.

He alleged that the codeine was meant to be delivered to suspected bandits in Yakawa Wada village, Giwa LGA of Kaduna State.