President Muhammadu Buhari has promised Ministries, Department and Agencies, (MDAs) of the Federal Government that they will receive 100% of their capital allocations this year. 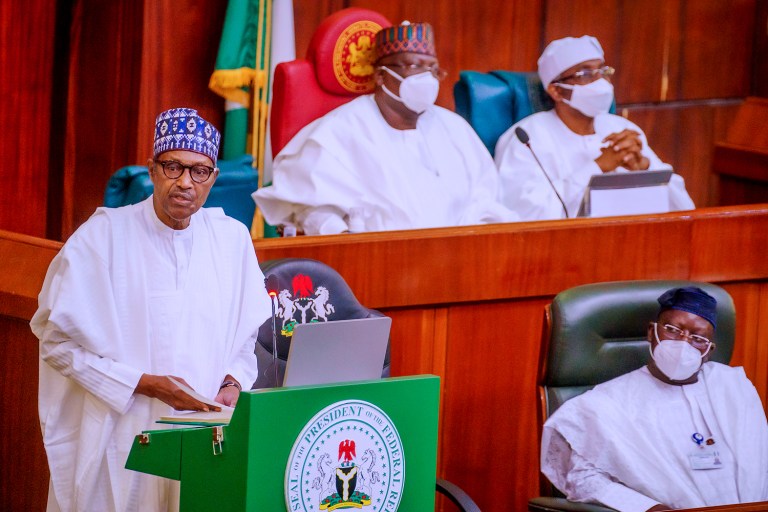 President Buhari made the pledge in Abuja yesterday, at the presentation of the 2022 Budget to the National Assembly.

The President revealed that as of October 4,  only N1.732 trillion had been released for Capital Expenditure. This was less than 50% of the N3.85 trillion projected for the year.

However, he vowed to change the narrative. “I am pleased to inform you that we expect to fund MDAs’ capital budget fully by the end of the fiscal year 2021”, he said.

Buhari, who agonised over revenue shortfall this year, said the government had prioritised capital funding in respect of roads and rail projects, power, education, agriculture and health.

“Despite our revenue challenges, we have consistently met our debt service commitments. We are also up to date on the payment of staff salaries, statutory transfers, and overhead costs”, he said.

Except for an 11% increase in non-oil tax revenue, which totaled N964.13 billion as July, other revenue heads for the government nosedived.

Although oil sold at an average of $68.53, well above the $40 benchmark, actual revenue that accrued to the Federation was N2.61trillion, as against the projected N3.95trillion.

The Federal Government got N570.23bn from oil, which is 51 percent of the expected, the difference being consumed by subsidy costs.