The Peoples Democratic Party (PDP) presidential aspirant, Rivers State governor, Nyesom Wike, has warned members of the Iyorchia Ayu-led National Working Committee (NWC) of the party to avoid favouring any aspirant in the conduct of the party’s forthcoming presidential primary. 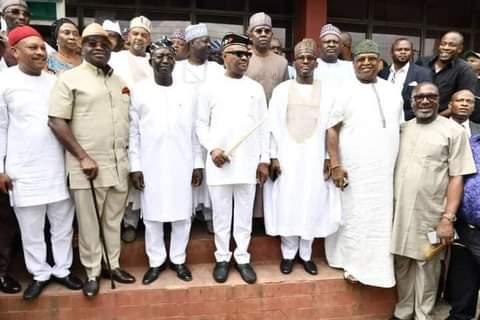 He stated this while speaking to members of the NWC at the PDP national secretariat in Abuja, on Tuesday.

Wike also charged them to expect litigations and never undermine them when they are secured, but to rather work hard either to vacate them or reconcile the aggrieved persons.

“As an opposition party, we cannot afford to allow people to say this election (convention) is not credible and transparent.

He described himself as a true party person who should be encouraged to lead the PDP as its flag-bearer in the 2023 presidential election.

Governor Wike stated that Nigerians are watching to see who the PDP will present as their flag-bearer with such capacity to deliver them and the country from the maladministration of the All Progressives Congress, (APC).

The PDP national chairman, senator Iyorchia Ayu, who commended Governor Wike for his commitment to the party, assured him that the NWC will provide a level-playing field for all the 17 aspirants, whom he maintained will do better than President Muhammadu Buhari.

At the end of the meeting, Senator Aduda, who spoke on behalf of the delegates, assured the governor of their maximum support.