Protesters numbering over 20,000, led by the APC Youth Development and Solidarity Forum, (YDSF), Yari Grassroot Support Groups and Al- Makura National Chairman Mandate Coalition, yesterday, marched to the Presidential Villa, Abuja, to register their grievances over plots by some APC governors to hijack proceedings at the forthcoming National Convention. 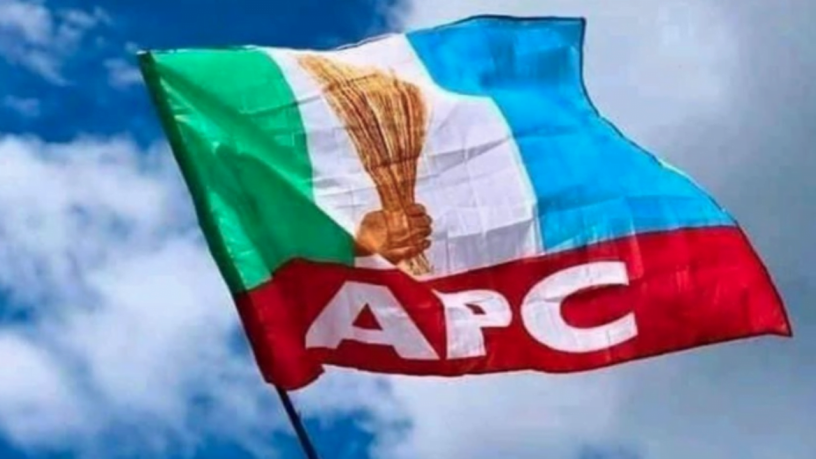 The protesters, who were full of praises for President Muhammadu Buhari for turning away two Governors who went to the villa to submit a list of their choice candidates to the president for endorsement also alleged that these Governors are up to mischief solely for their selfish interest.

The Groups, in a letter presented by APC YDSF President, Danelsi Momoh and Secretary, Tobias Ogbeh, commended the President’s leadership strides in piloting the country’s affairs since 2015, when they said the people of Nigeria unanimously gave him the mandate to direct the affairs of the country.

The groups, in the letter further stated, amongst others: “We are constrained to use this medium to bring to the notice of Mr. President the attempt by some governors to deceive His Excellency into charting an undemocratic cause in the buildup to the party convention slated for 26 February 2022 by insisting on the candidature of some select individuals for the leadership of the party.

“Mr. President, we must not fail to bring to your notice the activities of the Kebbi State governor, Atiku Bagudu. He has jettisoned governance in Kebbi State and has elected to deploy a massive financial war chest in destabilizing the party’s lofty ideals.

“Gov. Atiku Bagudu has boasted in several forums that he would singlehandedly pick the chairman of our party and other candidates for leadership positions during the convention. He has stayed true to his threats by intimidating and attempting to undermine the party’s Caretaker Extraordinary Convention Planning Committee. This is more worrisome because candidates promoted by these greedy governors are not known loyalists of the party but could pass for moles to compromise the party’s integrity and, by extension, paint a picture of the party as undemocratic before the general public.

“Mr. President, we are consequently pained with the action of these governors of our party who are desperately trying to undermine the democratic process by attempting to deceive you and other party members into endorsing a fraudulent list of candidates at the party’s national convention.

“We have thus elected, in collaboration with other critical stakeholders and members of our great party, to stage a mass protest to the Presidential Villa to register our displeasure in this regard and to demand that Mr. President denounces these miscreants and direct immediately for a democratic process within the party”.

“We pray that Mr. President, as the father of the party, and in line with your stance on transparency and accountability, reject the governors and their evil plans and equally consult other stakeholders of our party in the National Assembly, which has the biggest caucus in the party, towards finding an amicable resolution of the impending crisis”, the groups further said.