The presidential candidate of the Peoples Democratic Party (PDP), Atiku Abubakar, has stated that the image of his former boss and ex-president, Olusegun Obasanjo ought to be on the proposed redesigned Naira currency notes, to inspire the country’s future generation. 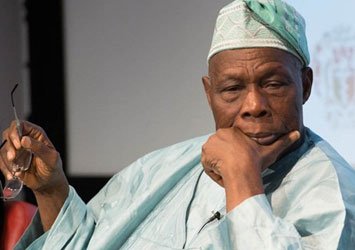 Atiku stated this yesterday, while celebrating the effort of the former president on bringing an end to the Ethiopia-Tigray conflict. In a string of tweets yesterday, he also saluted the 85-year-old elder statesman and African Union’s mediator for leading peace talks between the Ethiopian Government and Tigrayan rebels after two years of devastating conflict.

Recall that Prime Minister Abiy Ahmed’s government and Tigray People’s Liberation Front (TPLF) had in a statement this week agreed to “permanently silence the guns” and end the two years of conflict in northern Ethiopia. The two parties agreed to a cease-fire a few days ago, after a week of peace talks mediated by Obasanjo, led by the African Union.

Remarking on the development, the former vice president wrote via his Twitter handle that he was not surprised, saying Obasanjo had done the same in Liberia and São Tomé while in office.

The Wazirin Adamawa celebrated the ‘extraordinary prowess’ of Obasanjo towards bringing peace to Ethiopia.

He further wrote, “I am not surprised; I know my boss. He did the same thing in Liberia as well as São Tomé and Príncipe during our time in office. If for nothing else, he is most deserving of a Nobel Peace prize, and I will nominate him when entries are open for nominations.

“Africa is blessed to have a statesman of such impeccable democratic credentials as Chief Obasanjo. A man, whose image ought to be in the redesigned Naira note to inspire future generations of Nigerians to sacrifice for their nation and continent”.