The Nigerian Railway Corporation, (NRC), has announced the suspension of ticket sales from today, Thursday, over the proposed industrial action by its workers. 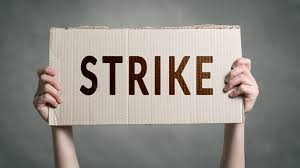 The Nigeria Union of Railway Workers, (NUR), and the Senior Staff Association (SSA) of the NRC had earlier declared a three-day warning strike from Thursday 18 to Saturday, November 20, to demand for better welfare and condition of service.

“Kindly bear with us as we anticipate expedited resolution. We look forward to welcoming you back on our service as soon as possible”.

The NRC, in an internal memo issued Tuesday, by the Managing Director of NRC, Engr. Fidet Okhiria, directed its district managers to shut down train stations and protect railway assets in the event that workers go ahead to embark on strike.

The officials were also asked to move all locomotive and coaches for Abuja-Kaduna, Warri-Itakpe and Lagos-Ibadan train services to safe places.

A meeting between the Minister of Transportation Rotimi Amaechi and the union workers ended in a deadlock on Saturday.