…Blocks them from coming with phones

Nigeria’s First Lady, A’isha Buhari, has sent out invitations to some presidential aspirants from the different political parties, asking them to join her for Ramadan Iftar, but insists they cannot bring their phones. 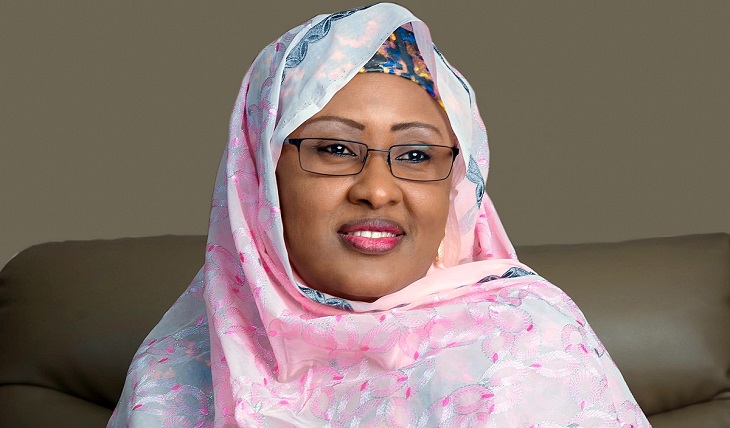 The invitation card requested the invitees to refrain from attending with their mobile phones. “Please, bring this card with you. Phones are not allowed,” stated the invite.

The event will be held on Saturday at the State House, Abuja.

At the time of filing this report, the spokesperson for Abubakar, Paul Ibe, had no comment as to whether his principal would honour Mrs. Buhari’s invitation. Attempts to reach the spokespeople for Messrs Tinubu and Osinbajo failed as phone calls and text messages were unreturned.

The invite followed the First Lady’s visit to Nigeria from Dubai, where she reportedly relocated to in 2017 with some of her aides and children.

Recall that on Wednesday, Mrs. Buhari had hosted the wives of Service Chiefs and other top government functionaries at the State House, Abuja, to break the Ramadan fast.

She said the Ramadan period provided Nigerians with an opportunity to re-educate themselves in fasting and prayers to ensure peace and development of the country.