Ahead of the 2023 general elections, the Accountability group has described as laughable a report that said the Governor of Central Bank of Nigeria (CBN), Godwin Emefiele, budgeted a whopping sum of N500 billion for his presidential campaign. 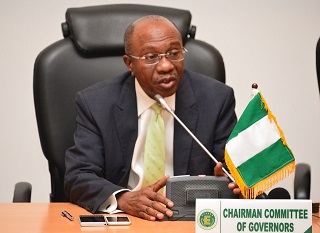 The group further derided the report that Emefiele brought in three airplanes and has also been asked by the Villa cabal to resign.

Reacting to the report by a popular online medium, the group, in a statement by its Executive Director, Capt. Bassey Henshaw, described it as armchair journalism.

According to the group, “Airplanes are not in the class of objects that can be smuggled into a country without the relevant authorities knowing about it. For a report to refer to three planes without having proof of where they are parked at the airports is the definition of armchair journalism”.

The Accountability group added that N500 billion is officially more than $1 billion, adding that maybe the writer does not rate Nigerians as intelligent people to even suggest that such an amount can be stolen by any man from the system and the bank has not collapsed, nor has there been a cry from within the bank about such humongous amount being stolen.

“That a cabal has asked the Governor to resign cannot be anything but the figment of the imagination of the authors of the report. The reference to an unnamed cabal asking the Central Bank Governor to resign is the lowest the bar can go”.

Calling on Nigerians to disregard such junkyard reports, the group said, “If any person is intimidated by the sterling performance of Mr. Godwin Emefiele and is scared that he may heed the call or succumb to the intense pressure and declare to run for the office of President, the fake reportage would not affect such nationalistic decisions of Mr. Emefiele to heed the call of Nigerians.

“Nigerians calling of Mr. Emefiele to run for President know that his enviable handling of the monetary policy and other initiatives of the apex bank was hugely responsible for the liquidity in the economy and that it would be in the best interest of the country for such a man to occupy the seat of the President of the Federal Republic of Nigeria”.