A Bill seeking to scrap the National Security And Civil Defence Corps (NSCDC) has been introduced in the House of Representatives. 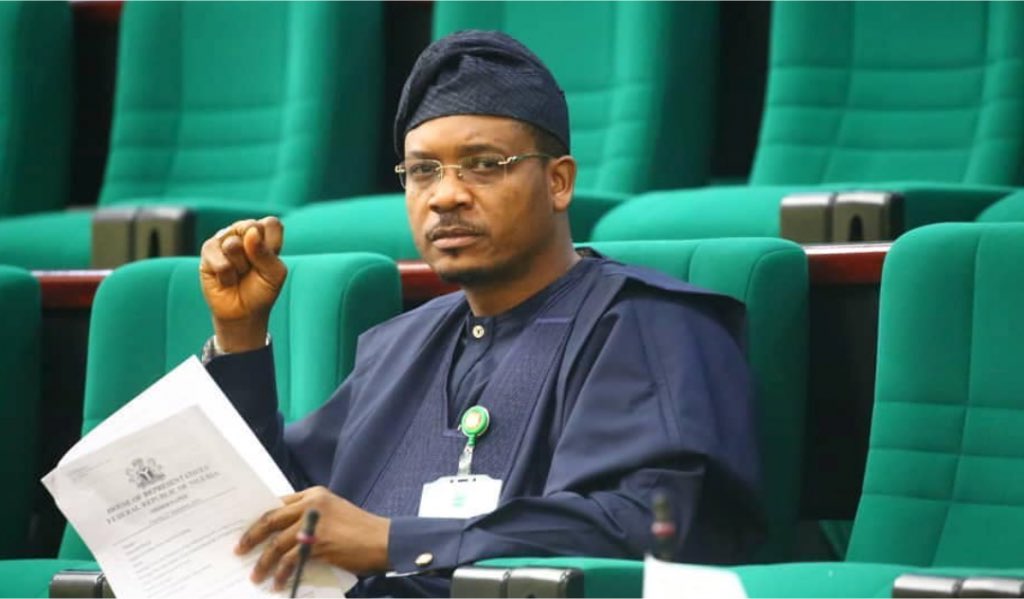 The Bill, sponsored by Shina Peller, representing lseyin/ltesiwaju/ Kajola/lwajowa Federal Constituency in Oyo State, was read the first time on Tuesday. It seeks to repeal the NSCDC Act of 2007 and transfer the personnel and assets of the agency to the Nigeria Police Force.

According to the synopsis of the Bill, Peller is proposing to create a transition management committee to superintend over the NSCDC, develop regulations and implement procedures for the transfer of assets and personnel of the Corps to the Nigeria Police Force.

Peller said the expansion of the functions of NSCDC is a duplication of the mandates of the Police. He further said the agency is currently a waste.

According to him, “The mandate of the NSCDC has expanded that it has now become a duplication of the Nigeria Police Force. This has led to avoidable conflicts. Fragmentation of security resources across multiple competing agencies is counterproductive”.

Recall that the NSCDC Act of 2003 led to the establishment of the corps under former President Olusegun Obasanjo.

Section 5 (3) of the Act, says it will “have the power to arrest with or without a warrant, detain, investigate and institute legal proceedings by or in the name of the Attorney-General of the Federation in accordance with the provisions of the constitution of the Federal Republic of Nigeria against any person who is reasonably suspected to have committed an offence under this Act”.

The Bill will follow the legislative process before it is passed or rejected. 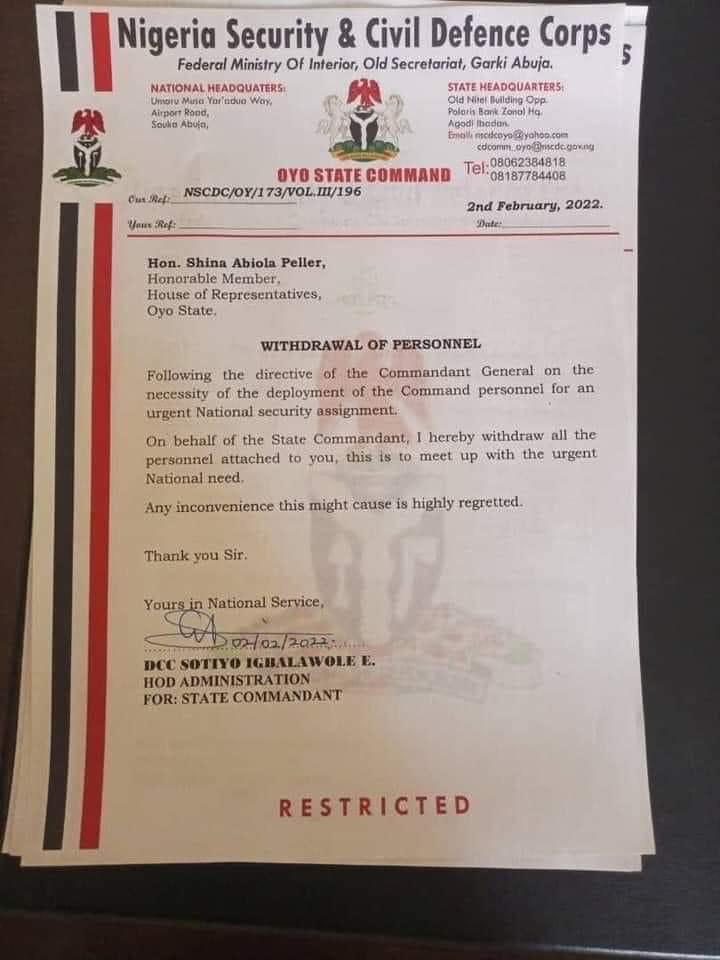 Meanwhile, in a swift response, the NSCDC Commandant-General, Ahmed Audi, has withdrawn all officers attached to the lawmaker, Peller, for sponsoring the Bill seeking to scrap the security agency.

The directive by Audi was contained in a letter dated February 02, 2021, addressed to the lawmaker.

However, the Commandant-General claimed the officers were withdrawn for an urgent “national security assignment”.

The NSCDC, which was a voluntary organisation, was converted to a national security outfit by the Olusegun Obasanjo administration.