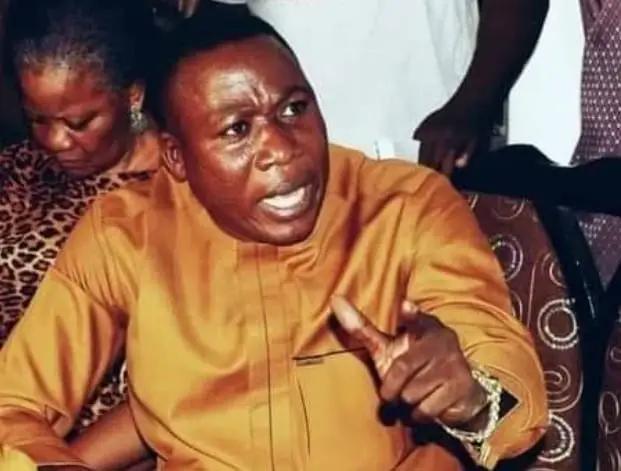 According to the British Broadcasting Corporation, (BBC)), the court rejected Nigeria’s request for his immediate extradition of Igboho.

The Court, which was expected to start hearing the case at 10:00am, began sitting at 5p.m after the Police ejected Igboho’s supporters and journalists.

The BBC reported that the session lasted till about midnight, when the court decided to hold Igboho in prison.

According to the report, the Police had brought Igboho to court as early as 7 a.m, in order to beat Igboho’s crowd of supporters. It was learnt that Igboho spent over 15 hours inside the prosecutor office as lawyers and the state argued whether to release him or further detain him.

After long hours, the court decided to detain him further.

Many supporters had jammed the court early yesterday, in expectation that the case would come up at 10 a.m. But the police moved in to disperse them from the court. This prompted fears that the court was preparing grounds to extradite him to Nigeria.

The Federal Government is accusing Igboho of trafficking in arms, inciting violence to disrupt the public peace and agitating for secession.

It wants him sent to Nigeria by extradition, though lawyers said Nigeria and Benin have no extradition treaty.

Igboho and his wife, Ropo, were arrested at the Cardinal Bernardin International Airport, Cotonou, last Monday while trying to catch a flight to Germany. However, Ropo, who is a German citizen was set free by the court on Thursday.

Igboho was remanded in the custody of Brigade Criminelle in Cotonou.

The self-styled Yoruba nation agitator was placed on the wanted list on July 1 by the Department of State Services, (DSS), after its operatives raided his Soka residence in Ibadan and arrested 13 others, while two others were reportedly killed during the operation.