President Muhammadu Buhari has promised to consider the request for the release of the leader of the outlawed Indigenous People of Biafra, (IPOB), Nnamdi Kanu, after meeting with a group of leaders from the South-East region, under the aegis of Highly Respected Igbo Greats. 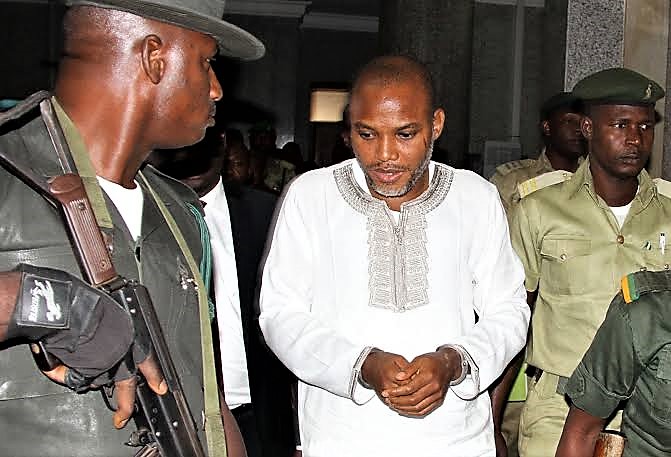 He made the pledge yesterday, when he received the delegation led by a First Republic parliamentarian and former Minister of Aviation, Mbazulike Amaechi, at the State House, in Abuja.

The Igbo leaders were at the Presidential Villa to plead with the President to unconditionally release Kanu, who is currently standing trial, and pledged that the pro-Biafra State agitator would stop his activities.

According to the President, it runs contrary to the doctrine of separation of powers between the Executive and Judiciary. 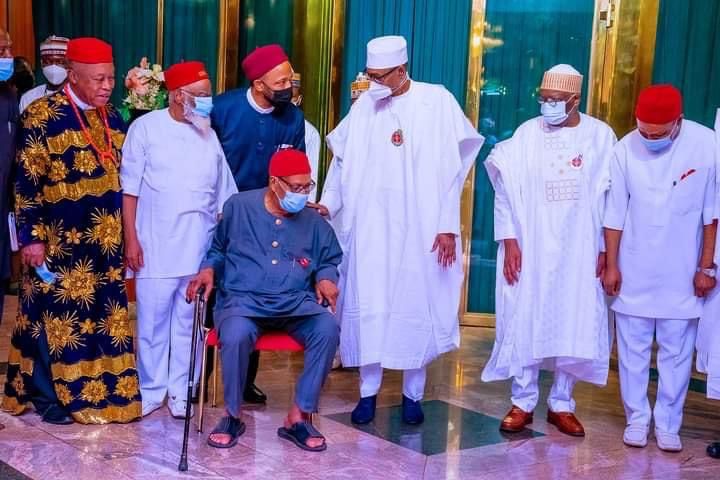 However, stressing his policy of non-interference with the Judiciary, President Buhari said allowing the IPOB leader to make his case in court was a favour.

The President said when Kanu jumped bail, got re-arrested and was brought back, he (Buhari) felt the best thing was to subject Kanu to the system (Judiciary).

“Let him make his case in court, instead of giving very negative impressions of the country from outside. I feel it’s even a favour to give him that opportunity”, he said, of the IPOB leader.