The National Association of Resident Doctors, (NARD), has extended its strike ultimatum by two weeks to let the Federal and State governments to address the issues of welfare of their members across the country.

The extension is contained in a communiqué at the end of the association’s 41st Ordinary General Meeting, (OGM), which held in Nnewi/Awka, Anambra, between May 25 and May 29.

The communiqué, which was released by Dr. Uyilawa Okhuaihesuyi, National President of NARD, in the company of other members of its executive, said that the association would resume a total strike action if its demands remained unattended to at the end of the period. 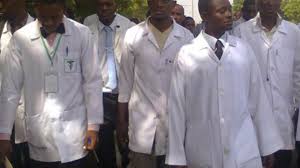 It said that the strike was suspended following the government’s promises as entailed in the Memorandum of Actions, signed at the instance of Minister of Labour, Dr. Chris Ngige, on April 9.

It added that the delays in payment of members on the GIFMIS platform for over four months had caused hardships for NARD members and urged the Federal Government to expedite action toward migrating members to IPPIS.

The association said that the national minimum wage consequential adjustment and salary shortfalls had not been paid and directed Chief Medical Directors to submit lists of affected institutions and personnel strength.

It also frowned at the delay by Federal Government in sorting out the irregularities, following the payment of the Medical Residency Training Fund (MRTF) 2020.

The NARD, therefore, said it unanimously resolved that our ultimatum be extended by two weeks.

“This will further give the Federal Government more time to resolve all issues, failure of which the association shall resume the suspended total and indefinite strike action”.