The House of Representatives yesterday asked the Federal Government to ensure that the Ibori £4.2million loot is returned to Delta State.

The House reached this resolution after a motion of urgent public importance which was sponsored by all the lawmakers from Delta State. 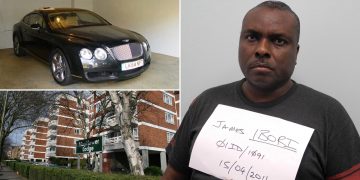 Recall that the United Kingdom signed a Memorandum of Understanding (MoU) to return the sum of £4.2 million of stolen assets by Former Delta State Governor, James Ibori. The British High Commissioner to Nigeria Catriona Laing, who announced this on Tuesday in Abuja, said the money was recovered from friends and family members of the former Delta State governor.

The Attorney-General of the Federation, (AGF),  and Minister of Justice, Abubakar Malami had said the recovery of the stolen fund is part of the efforts of the current administration to fight corruption and that the money will be used for the construction of the second Niger Bridge, Abuja-Kano road, and Lagos-Ibadan Express road.

The lawmakers insisted that the funds were stolen from Delta State and should be returned for infrastructural development of the State. They also said the total money should be £6.2 million and not £4.2 million as is being reported. The House asked the Federal Ministry of Finance to direct the AGF, Minister of Justice Malami to give the House all particulars relating to the recovered money.