Gombe State Governor, Muhammadu Inuwa Yahaya, has made a case for an upward review of statutory allocation to states and local governments in the country to enable them meet with the ever expanding challenges of socio-economic, human capital and infrastructural development. 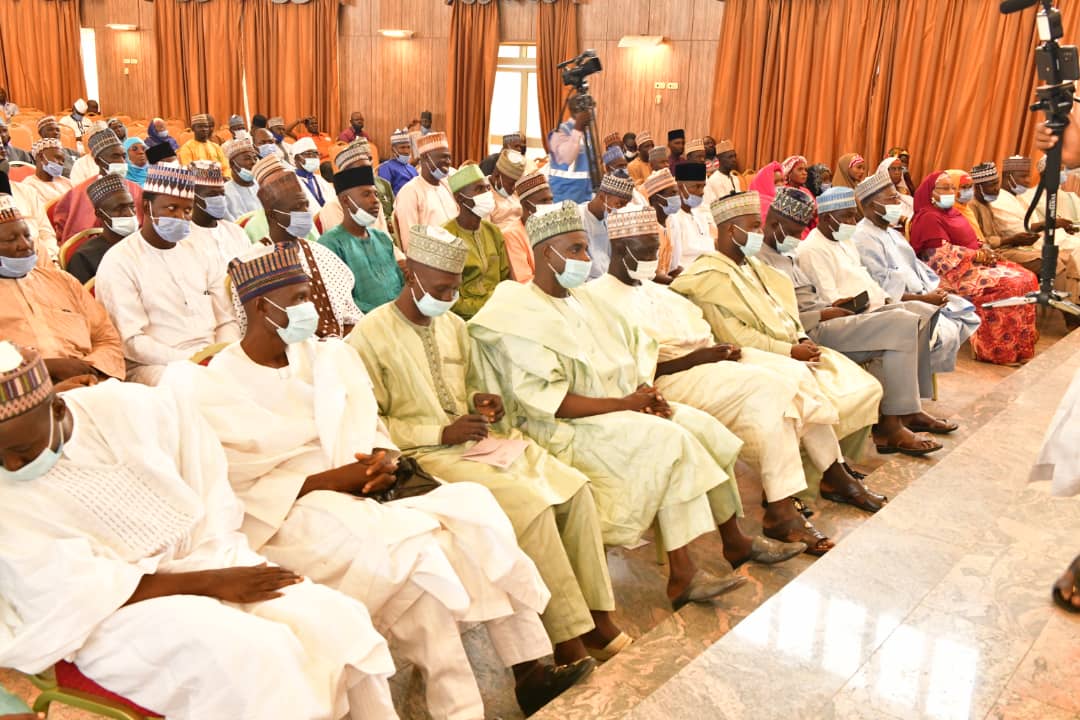 Gov. Yahaya made this known at the official flag-off ceremony of the sensitisation programme on the Review of Existing Revenue Allocation Formula, by the Revenue Mobilization Allocation and Fiscal Commission, (RMAFC), which held at the New Banquet Hall of the Government House, Gombe.

“The last time such review was successfully conducted was in 1992, some 29 years ago. Since then, a lot of changes have taken place across our social, political and economic spheres, thus, necessitating a review in order to ensure a fairer and equitable allocation formula that is compatible with our current realities”.

“I understand that this first phase of review will focus on the vertical allocation. That is, how revenue is shared among the three tiers of government (FG, States and LGAs). In the existing formula, all the 36 states only collect a paltry of 26.72%, while our 774 LGAs collect 20.60% of all the accruals from the federation account, leaving the Federal Government with a lion share of 52.8%. Over the past decades, the roles of State Governments have expanded while our revenue allocation has remained the same.

“States are forced to deal with emerging challenges like insecurity, environmental degradation, decaying infrastructure, inadequate funding for primary healthcare and basic education. As the roles of States keep expanding, there’s the need for a proper review of the allocation formula to ensure states get the required resources to be able to deliver on new and existing responsibilities”, the governor stressed. 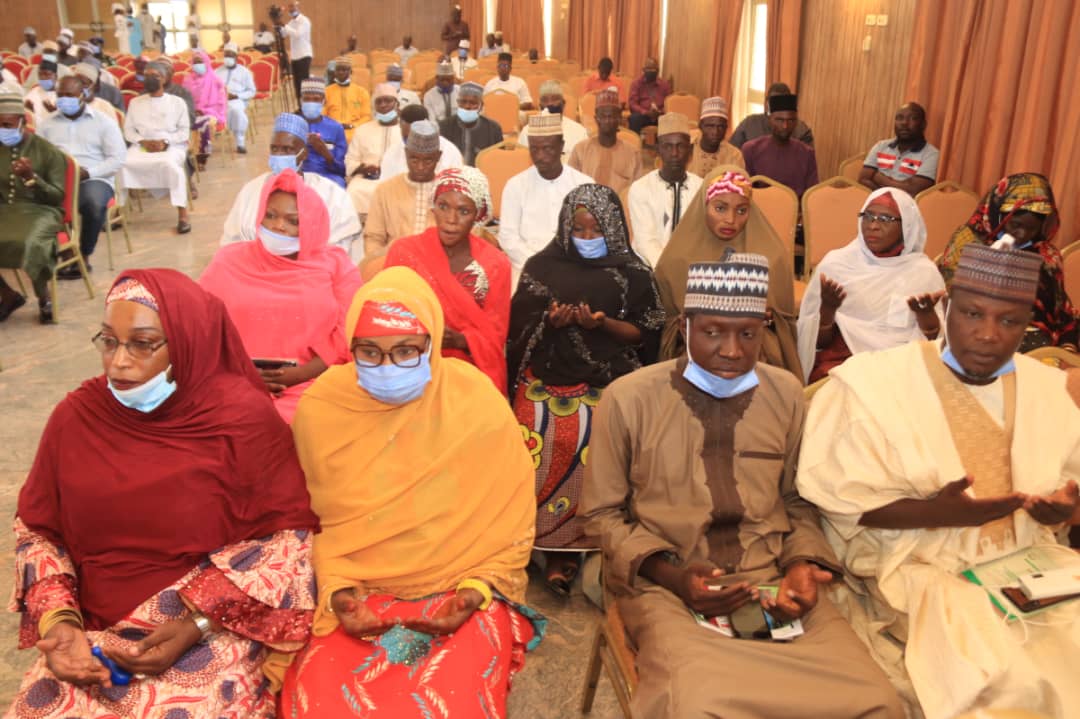 He revealed that the race for fiscal efficiency in Gombe State begun as soon as he took over the mantle of leadership, stressing that having inherited a state in dire financial distress, fiscal discipline became the mantra of his administration.

“We ensured robust implementation of the Treasury Single Account, deployed technology-driven tools to eliminate absenteeism, redundancy and inefficiencies within the civil service, and ensure transparency in government business through a more robust implementation of key metrics under the State Fiscal Transparency, Accountability and Sustainability, (SFTAS) Initiative. As a result of that, we were able to save many of our local government from financial collapse, enabling them to meet their financial obligations”.

The Governor said the revenue mobilization drive also received a huge boost, as the State has surpassed previous years’ record which was achieved through sustained engagement and trust-building between government and various economic stakeholders.

“We also published our annual budgets and audited accounts in line with our commitment towards transparency and accountability in governance, ushering our state into a new era of fiscal efficiency and probity. Given the global economic reality, we are also working hard to diversify our economy and put Gombe State on a sound industrial footing as the ongoing work on the Muhammadu Buhari Industrial Park and numerous other projects are meant to strengthen Gombe’s place as the commercial and industrial capital of the North-East sub-region. It is these policies and achievements that earned us the special recognition as the number one state in Nigeria in terms of ease of doing business”. 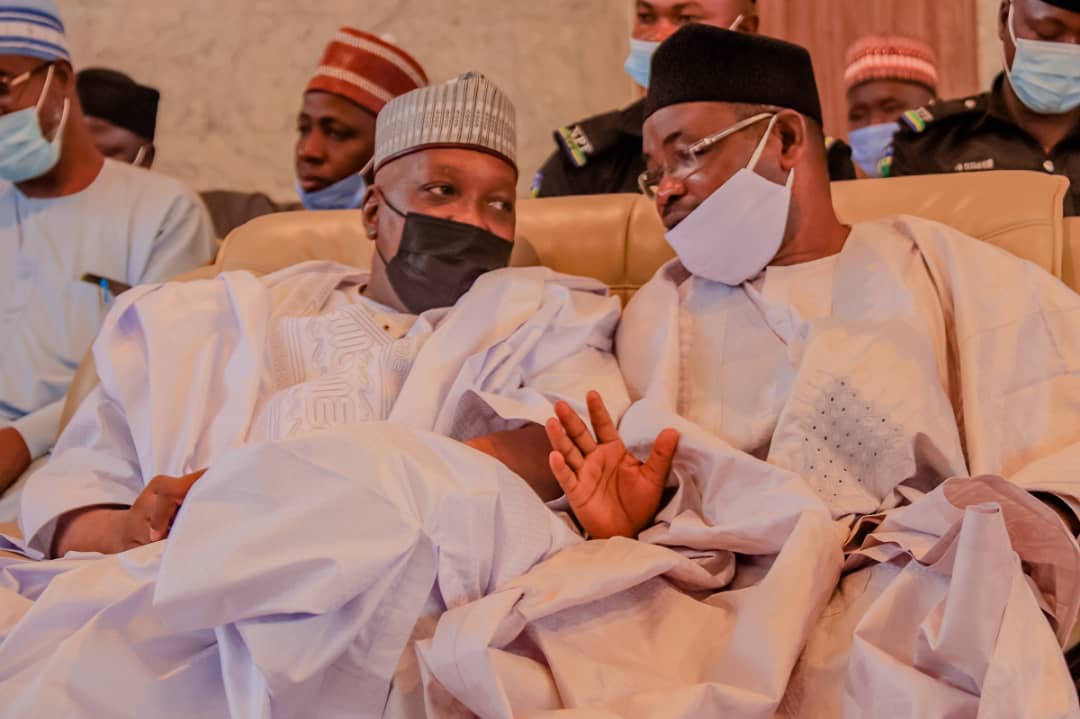 Governor Inuwa Yahaya observed that the State is among the bottom states in terms of federal allocation, noting that the fact that his administration was able to achieve far more than even some richest states in terms of remarkable level of financial efficiency and prudence.

He said given the special position of Gombe State at the center of the North-east, the State equally serves as the regional shock-absorber, playing a comforting role internally displaced persons from frontline insurgency states of Borno, Adamawa and Yobe States.

“This puts tremendous pressure on our basic infrastructure and services, It is therefore only fair that the special consideration being extended to these 3 states be also extended to Gombe State to enable us deal with the new challenges”.

This was why the Governor welcomed the sensitization workshop with the hope that the outcome of the engagements across the country will lead to a fair and more equitable revenue allocation formula for the country, one that is compatible with the prevailing economic, social and economic realities.

He said the discovery of oil in Gombe State and the imminent commencement of the commodity’s exploitation presents a new dynamic in fiscal relations and management, noting that the conversation will no doubt take center stage in the subsequent phases of engagement that will follow.

“For us, we shall remain resolute and focused on utilizing our scarce resources for the benefits of all our people, I therefore call on all our people, especially relevant stakeholders to fully participate in this sensitization exercise in order to enrich our fiscal culture”.

He said his administration will give the team all the needed support to succeed in its assignment, expressing the hope that the deliberations will give birth to more effective, fair and equitable fiscal allocation formula for the country and enhance the existing fiscal federalism.

The Federal Commissioner representing Gombe State in the Revenue Mobilization Allocation and Fiscal Commission, Malam Mohammed Kabiru Usman Kukandaka said the objective of the sensitization was to enlighten stakeholders on the need to participate and make relevant contributions in the process of the review in order to assist the commission come up with fair, just, equitable and acceptable revenue formula for the country.

He said as a constitutional mandate, RMAFC is saddled with the responsibility of periodic review of the revenue allocation formula and principles in operation to ensure conformity with changing realities.

“In 1992 the vertical share of revenue to be allocated to the three tiers of government as proposed by the RMAFC was as follows: Federal Government 48.5 percent States 24.0, Local percent Governments 20.0 percent, stabilization 0.5, derivation 1 percent FCT 1 percent, development of mineral resource areas 3 percent ecology 2 percent”.

He said despite the upward review of the vertical formula by the Obasanjo administration to meet with current realities, the horizontal sharing formula which takes care of States and Local Government Areas in the country is anchored on equality in population, land mass, social development factors and Internally Generated Revenue IGR.

Malam Kukandaka said in 2014 the Commission reviewed the sharing formula but its final report transmitted to the President for onward action is yet to see the light of the day, expressing the hope that this exercise will produce the desired result. 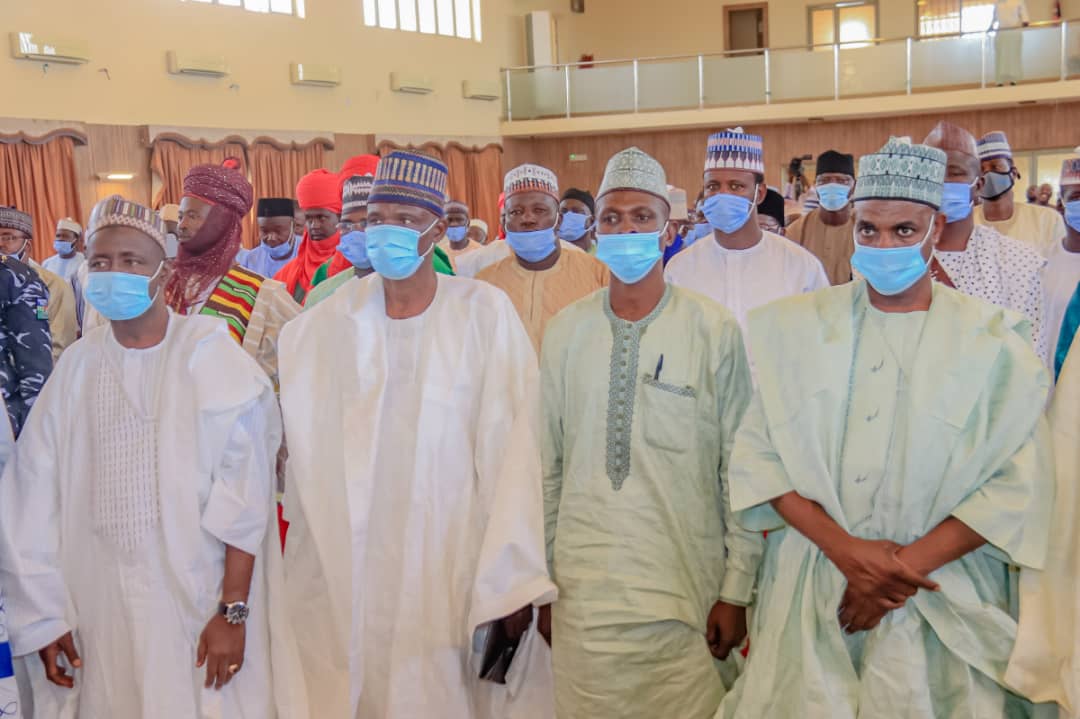 Earlier in his welcome address, the Secretary to the Gombe State Government, Professor Ibrahim Abubakar Njodi, applauded the initiative by the Revenue Mobilization Allocation and Fiscal Commission in taking measures aimed at reviewing the existing revenue sharing formula with a view to pushing for a possible upward review.