Former Anambra State chairman of the pan-Igbo socio-cultural group, Ohanaeze Ndigbo, Chris Eluemuno, has warned that rigging the 2023 general election would result in a crisis worse than the #EndSARS demonstration. 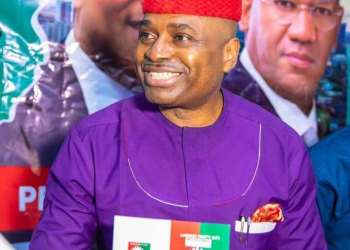 Eluemuno, who stated this to newsmen at his country home in Nkwelle-Ezunaka, Oyi local government area, Anambra State, on Thursday, said that for the fact that there will not be room for rigging the election, in light of the new Electoral Act provision, Obi is favoured to carry the day, because according to him, “Nigerians know that among all the presidential candidates running for election, only Obi is the one who can return this country to the part of success”.

Elder Eluemuno, who served as both the President-General of his Nkwelle-Ezunaka village and the Chief Press Secretary to the Second Republic civilian governor of former Anambra State, Jim Nwobodo, emphasised that with the electronic system of voting, it would be difficult for anybody to rig the election, and once it is not rigged, Obi is going to win.

“The Nigerian people are gearing up for a confrontation if the man of the people is not allowed to win”, he stated.