Crisis appears to be looming in the Northern part of the country following fresh moves by a serving Northeast governor and former Northwest governor to launch mass protests across the northern states against the Federal Government to demonstrate their dissatisfaction with the security situation in the country. 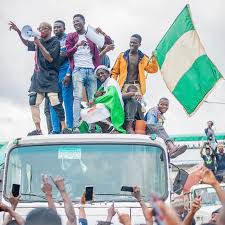 The two top politicians, who are also nursing presidential ambitions, are reported to have already held several clandestine meetings with aggrieved leaders of northern coalition youth groups, political pressure groups and other non-State actors, with a view to firming up arrangements for what our source called the ‘mother-of-all protests’ against the administration.

The two northern politicians who are also known to have pending corruption cases with the Economic and Financial Crimes Commission (EFCC) amounting to huge sums of money they allegedly appropriated while in office, were said to have also mobilised support from secessionist agitators so as to give the protest a ‘national colouration’.

A top security source, who is monitoring the plot, confirmed to newsmen that the planned mass protests is being programmed by the masterminds to take place simultaneously so as to generate significant impact.

“The plot is coming on the heels of a discreet meeting organised by the North-East governor, which was attended by one of the leaders of the Northern youths and others on December 10, at the Governor’s Lodge in Asokoro”, the top source stated.

The source said that a top northern traditional ruler, who is supposed to be giving direction and guidance to the people of his domain, is being monitored for allegedly giving tacit support to the activities of the politicians.

“While the serving governor still has immunity till 2023, we might not hesitate to move against those who have no immunity”, the official warned.