No fewer than nine people have been killed in Chikun, Zangon Kataf, Igabi and Zaria local government areas of Kaduna State. 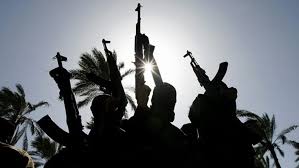 According to him, military and police authorities reported the killings to the State government.

He said ‎three people were killed when bandits barricaded the Buruku-Udawa section of the Kaduna-Birnin Gwari road in Chikun LGA, adding that ‎one person sustained gunshot injuries and is receiving treatment in hospital.

Aruwan further said, in the Yola-Kadi general area also of Chikun LGA, bandits killed one and left another resident injured.

The State governor, Nasir el-Rufa’i, was quoted to have expressed sadness at these reports and prayed for the repose of the souls of those killed in the attacks, while wishing the injured a speedy recovery.