President of Ijaw National Congress (INC), Prof. Benjamin Okaba, has declared that the refusal of President Muhammadu Buhari to meet the demands tabled before him by Ijaw leaders during their last meeting in Abuja may lead to the declaration of an independent Ijaw nation. 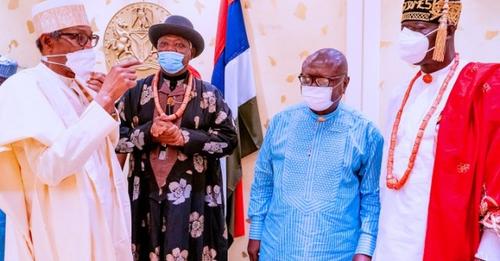 Okaba stated this in Yenagoa, the Bayelsa State capital, during a reception and award of excellence organised by people of Akassa, Nembe and Ogbia communities in honour of National Vice President 2 of the INC, Chief Nengi James-Eriworio and National Legal Adviser, Mrs. Bomo Tom’s Fetefigi-Obhe.

Okaba said they had told the President that if their demands were not met they would be forced to declare the Ijaw Republic.

He said the final ratification on the declaration of the Ijaw Republic depends on the outcome of the proposed all Ijaw Elders’ conference, even as he restated the stance of the INC not to back down on its demands.

Recall that in June, the Ijaw ethnic nationality had, during a press conference in Yenagoa, the Bayelsa state capital, averred that they are not a party to any successionist agenda, either in part or full, but are prepared to legally and peacefully negotiate its exit from the Nigerian State like other aggrieved ethnic nationalities as a distinct Ijaw Republic, if urgent steps are not taken to urgently address the perceived imbalance and injustice inherent in the polity.