Members of the Peoples Democratic Party, (PDP), caucus in the House of Representatives, yesterday, urged President Muhammadu Buhari to wake up and save Nigeria from the grips of rampaging terrorists, bandits and kidnappers or he should resign. 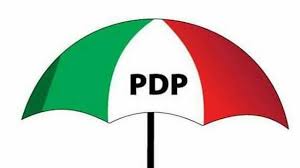 The PDP caucus said it was worrisome that Nigeria under Buhari has been seized by hostage-takers, bandits and terrorists, who extract ransom demands on the poor and impoverished citizens and have turned homesteads, hamlets, villages, towns and cities into killing fields.

The caucus, in a statement signed by its leader, Rep. Kingsley Chinda, noted that the blood-letting unleashed by the hostage-takers, which according to him has gone unabated, with Buhari showing ‘complete incapacity to arrest the situation, or bring the killer squads who roam the vast swathes of our country to book’, was traumatic.

He recalled that “In his recent remark at the sidelines of the COP-26 conference in Scotland, United Kingdom, General Buhari boasted: ‘We will defeat them, one highway, one rail link-and one job- at a time’. It is over three weeks since the Conference ended but no stone of resistance has been mobilised by the General against bandits, terrorists and kidnappers”.

Speaking further, the caucus lamented that bandits, terrorists and kidnappers have continued to unleash their reigns of terror on helpless citizens, taking not ‘one highway, one rail link – and one job – at a time’ but whole communities and regions in fell swoops whenever they choose to strike.