The Upper Chamber of the National Assembly has begun an investigation into the Nigeria Port Authority, (NPA), over irregularities in the award of the N7.5 billion contract. 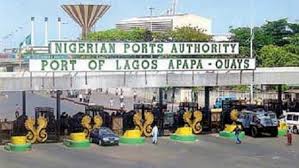 The contract, according to the Auditor-General of the Federation’s report submitted to the Senate for consideration, was for shore erosion control work at Akipelai, Ayakoro and Otuoke in Bayelsa State.

The Senate Committee on Public Account, chaired by Senator Matthew Urhoghide, hinged the planned investigation on the 2017 Auditor-General’s report submitted to the Senate. The contract was as at March 2012 having a 14-months’ completion period. But, as of November, N4.2bn has been paid, representing 56.61% of the contract sum to the contractor.

However, review of quantities under No-1 attachment revealed that mobilisation fee of N1.1bn paid to the contractor was supported by a conditional bank guarantee from Zenith Bank Plc, with validity for 365 days, which expired on the 2nd March 2013, contrary to the Provision of section 35 ‘1’ of Procurement Act 2007 and Financial Regulations 2933 “1” (2009), which only provides for submission of an unconditional bank guarantee or insurance bond.

But, the NPA, in a written response to the allegation claimed that enbloc recovery of mobilisation fee may create a financial strain to the project hence the need to recover the fee in piecemeal.

Also, it was revealed that the sum of N19.5 million was paid for Toyota Hilux double cabin petrol engine, however, there was no evidence to confirm that these vehicles were purchased. In the NPA response to the allegation, the agency claimed that the Toyota Hilux was purchased.

The NPA, in its response, said, “Noted for future compliance. Payment for insurance of the works was carried by the contractor as required to the tune of the approved amount”.