The Socio-Economic Rights and Accountability Project (SERAP) has sued the Independent National Electoral Commission, (INEC), for “failing to prosecute those suspected of vote-buying and electoral bribery” in the June 18 governorship election in Ekiti State.

In an issued statement yesterday, SERAP cited reports that suggested there was a brazen pattern of vote-buying and electoral bribery at several polling units in the state, including bargaining prices for votes and payments made in uncompleted buildings.

Filing the suit last Friday at the Federal High Court in Abuja, the group is seeking “an order of mandamus to direct and compel INEC to seek and obtain detailed information about reports of vote-buying by the three leading political parties in the 2022 Ekiti State governorship election.”

In suit number: FHC/ABJ/CS/1189/2022, it also seeks “an order of mandamus to direct and compel INEC to promptly and effectively prosecute those arrested, and to bring to justice anyone who sponsored, aided and abetted them.”

The statement by SERAP Deputy Director, Kolawole Oluwadare, read in part: “Vote-buying is a threat to fair and representative elections. Vote-buying amounts to undue influence and improper electoral influence. Wealthy candidates and their sponsors ought not to be allowed to profit from their crimes. Arresting and prosecuting vote-buyers will end widespread impunity for vote buying ahead of the February 2023 general election”. 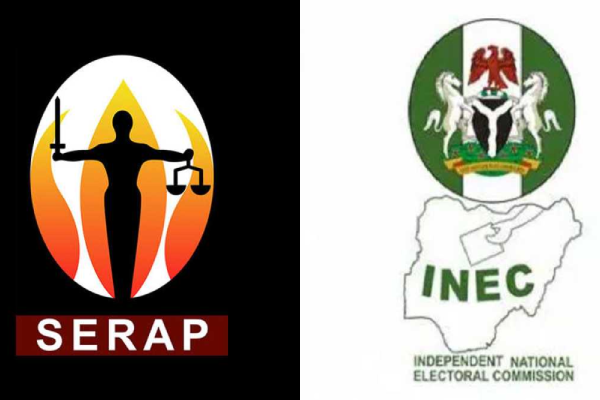 Arguing that vote buying encourages poor governance and weakens citizens’ capacity to hold their ‘elected officials’ accountable for their actions, SERAP says the act undermines INEC’s ability to discharge its responsibilities under Section 153 of the 1999 Nigerian Constitution (as amended), paragraph 15(a) of the third schedule of the Constitution, and the Electoral Act 2022.