The Sokoto State Hisbah Commission Bill has been signed into law by the State governor, Aminu Waziri Tambuwal.

According to a statement issued by the Governor’s Special Adviser Media and Publicity, Muhammad Bello, quoted the governor as saying the Commission in any way does not contravene any existing law as far as the Nigerian Constitution is concerned.

Tambuwal said the new Hisbah Commission is not a legalistic gimmick to bring in anything other than the Constitution of the Federal Republic of Nigeria. 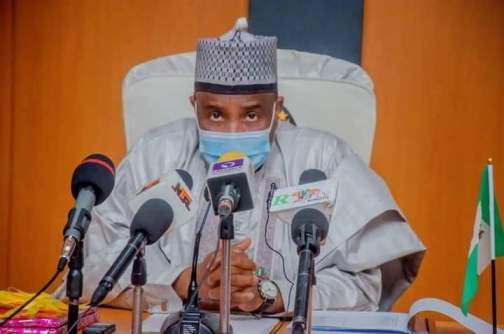 The governor appealed to residents of the state and those outside not to misconstrue or misrepresent the law, adding that there is no ulterior motive behind its enactment. “Our Hisbah law do not and is not in conflict with any provision of the Constitution of the Federal Republic of Nigeria,” he said.