The Arewa Consultative Forum, (ACF), has disowned a group known as the Arewa youths, saying it has no youth wing. 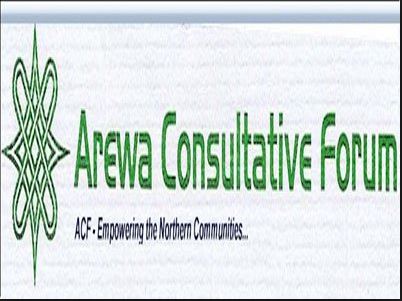 A chieftain of the ACF and also the leader of the Arewa Community in Southern Nigeria, Musa Sa’idu,
stated this yesterday, in Port Harcourt, Rivers State.

According to Sa’idu, anyone calling himself “Arewa Youth” is a fraudster as the group has no legal backing.

”I want to say, without any fear of contradiction, that the ACF has no youths wing. I am a founding member, and there was no time that we approve the formation of any group like the youths wing”.

“This is a non-existing organisation and there is no document anywhere to back its formation”, he added.

Sa’idu cautioned Nigerian politicians, especially those in the South against dealing with the group as it was not registered.

He urged security agencies to go after members of the group as they were fraudsters, defrauding individuals of their hard-earned money.

“I think it’s time to end this madness; security agents should demand to see the certificate of their incorporation as a group anytime they show up”, he further stated.