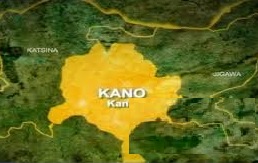 Salihu Tanko-Yakasai was taken into custody shortly after his Twitter post condemning Friday’s abduction of Zamfara schoolgirls went viral on-line. His arrest was not immediately disclosed, prompting friends to take to social media to raise concerns about his whereabouts on Saturday morning.

An SSS official in Kano told newsmen that Tanko-Yakasai was arrested while returning from the mosque on Friday afternoon, adding that the governor was yet to be informed about the development.

Tanko-Yakasai, who has worked as Ganduje’s media handler since 2015, was suspended from office for several weeks last year after criticising President Buhari over insecurity.