The former Emir of Kano and ex-governor of the Central Bank of Nigeria, (CBN), Sanusi Lamido Sanusi, has said that Nigeria should stop deceiving itself with the appellation ‘Giant of Africa’, adding that the country is way behind many other African countries in developmental indices. 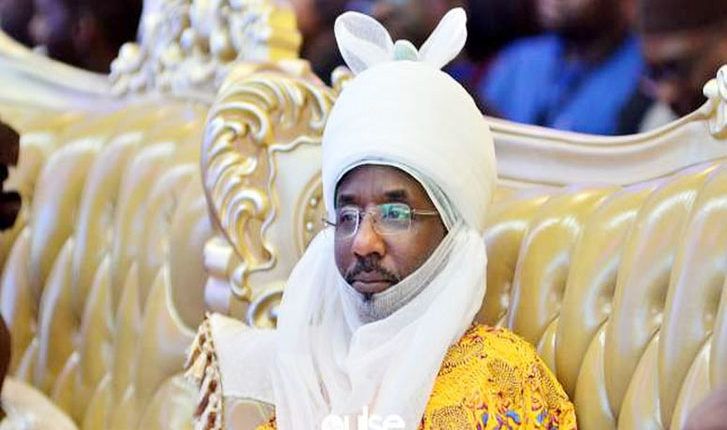 Sanusi, who disclosed at the closing ceremony of the Kaduna Investment Summit, tagged: ‘KadInvest 6.0’, also asserted that with the rate at which a neighbouring country like Ghana was attracting industries, “Ghanaian President has become the leading President in Africa”.

According to him, while Nigeria was stuck on crude oil, which is fast depleting and struggling to sell, the rest of the world was embracing technology.

He further stated that except there was a paradigm shift in Nigeria’s economic focus from oil to knowledge, the nation’s economy risks imminent collapse. He pointed out that while neighbouring Ghana with a smaller economy invests more in education, Nigeria spends only 7% of its budget on that.

He said the current reality in Nigeria was that only eight out of every 100 primary school pupils go as far as the university level, while only a fraction of those would get a job upon graduation.

The former Emir stated that Nigeria can not continue depending on revenue from oil as the world economy is slowing moving away from oil into alternative energy sources.

He said the future lies in a knowledge-based economy, adding that Nigeria is behind many African countries in the Innovation Index.

He, however, stressed the need for skills-creation for the young people which, according to him, will create enabling environment for economic growth and development.