Some senior citizens and leaders of thoughts from a broad spectrum of the Nigerian society, at the weekend, expressed grave concerns over the future of the country, putting forward a road map to rescue Nigeria from the brink of total collapse. 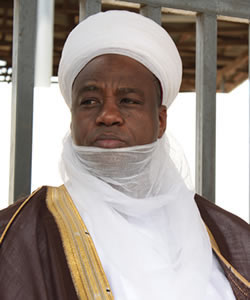 The elder statesmen were unanimous in separate submissions at the 2021 edition of the Obafemi Awolowo Foundation Lecture Series, with the theme: “Whither Nigeria”, that the country has sunk deeper into a frightening multifaceted crisis that required expeditious action and solution.

The event, which was held via Zoom with over 500 participants from Europe, United States, Asia and other continents across the globe, commemorated the 112 posthumous birthday of the sage, who was born on March 6, 1909. 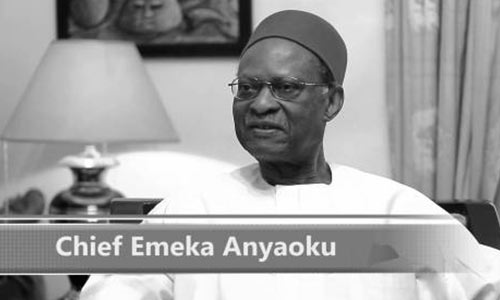 The Sultan of Sokoto, who was the ‘Royal Father of the Day’, lamented the precarious state of the nation, noting that there has been pervasive tension across the land in the last two months.

He, therefore, admonished the elite to reflect deeper and learn from the history of other countries, since no problem, according to him, is beyond dialogue. He also urged governments at all levels to act promptly and swiftly on all troubling issues by sending clear signals and walking their talks.

In his remarks, the chairman on the occasion and Nobel Laureate, Professor Soyinka, reiterated the need to restructure the country, stating that whoever felt otherwise was only being deceitful.

Soyinka tasked the State governors to seek more authority from the constitution to enable them to deliver and enhance the fortunes of their people. He attributed state governors’ inability to maximally deliver on their mandates to the much-centralised mentality embedded in their minds.

Eminent persons who graced the event included a former Secretary-General of the Commonwealth, Chief Emeka Anyaoku, Nobel Laureate, Professor Wole Soyinka, the Sultan of Sokoto, His Eminence, Sa’ad Abubakar II. Others are, the Ooni of Ife, Oba Adeyeye Enitan Ogunwusi; former Emir of Kano and ex-governor of the Central Bank of Nigeria (CBN), Sanusi Lamido Sanusi and many others guested at the event aimed charting the way out of the quagmire and the variegated challenges the country has found itself.