The Supreme Council for Shari’ah in Nigeria, (SCSN), has appointed Sheikh AbdurRashid Hadiyatullah as its new President. 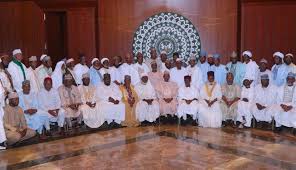 Announcing the new appointment yesterday, at a press conference in Kano, the Secretary-General of the Council, Nafi’u Baba Ahmed, explained that the appointment followed the death of their former President, Sheikh Ibrahim Datti Ahmed, who passed on a few days ago.

According to him, the new President was the former Vice-President of the Council during the immediate-past administration, adding that his elevation was in total submission to the will of Allah and in line with the Constitution of the Council.

‘We pray to Allah (SWT) to grant him the wisdom and guidance to further the noble objectives of the Council, in particular the unity and progress of the Muslim community”, he stated.

Speaking on the deceased, he revealed that the Council was overwhelmed by the passage of their former President while praying Allah to forgive the deceased his shortcomings and grant him eternal rest.

In attendance at the press conference include respected Islamic clerics from the North such as Sheikh Abdulwahab Abdallah, Sheikh Ibrahim Khaliel, Malam Abba Koki and Malam Sani Yakubu, among others.