Terrorists have attacked a mosque while worshippers were breaking their fast on Tuesday, killing three persons. 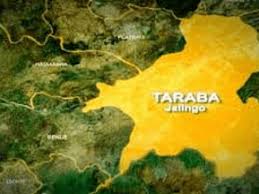 It was learnt that the attackers, numbering about 50, also abducted many worshippers from the mosque and took them to an unknown location.

It was gathered that the incident occurred at Baba Juli village, in Bali local government area of Taraba State.

The terrorists had sometime last month reportedly attacked the village but were forced to flee after a serious exchange of fire.

A resident of the village, who spoke to newsmen but preferred anonymity, said, “Yesterday’s attack caught us unaware. We were breaking our fast inside the mosque when we started hearing gunshots; there was nothing we could do to counter the terrorists”.

He said three persons were killed inside the mosque by the terrorists while many villagers were abducted and taken to an unknown location.

The spokesperson for Taraba State Police Command, DSP Usman Abdullahi, confirmed the incident, but said he was waiting for more details from the Police Divisional office in Bali.