The Evangelical Church Winning All (ECWA) has stated that there is no unity in the fight against insecurity in Nigeria. 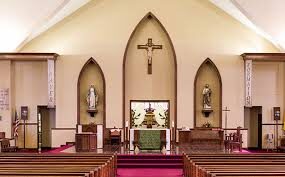 Recall that the North-West geo-political zone and other parts of the country have witnessed invasion of communities by bandits while the North-East has suffered attacks from Boko Haram insurgents.

In a statement released on behalf of the church, ECWA President, identified as Stephen Panya, urged the government to improve on efforts to tackle insecurity.

“With the seeming inability of the Federal Government to deal decisively with the heightened insecurity across the country, and the massive occupation of ungoverned spaces by criminals, non-state actors have taken the centre stage in a bid to protect their people from murderous criminals, while also exploiting the situation to pursue their quest for self-determination,” the statement reads.

“Considering that agriculture is the mainstay of the economy in terms of employment and strategic contribution to the general well-being of citizens, and the fact that unemployment fuels greater insecurity as many of the jobless youth resort to criminality, Nigeria will continue to experience a vicious cycle of insecurity and remain in a cauldron, if these challenges are not addressed”.

“Despite the effort by the government over the years to tackle insecurity, the situation continues to deteriorate with the emergence of other troubling dimensions to the crises. The apparent lack of unity in the fight against these terrorist groups and the inability of the government to deal decisively with them within the shortest possible time has emboldened them to do more havoc”, it further stated.

In resolving some of the security challenges, the church called on the government to implement resolutions of the 2014 national conference convened by former President Goodluck Jonathan, adding that it will continue to pray for Nigerians and those in authority.