The National Leader of the All Progressives Congress, (APC), Asiwaju Bola Ahmed Tinubu, yesterday, advocated more spending by the Federal Government to refloat the economy.

Tinubu, who spoke as the chairman of the 2021 Sardauna Memorial Lecture in Kaduna, said with the private sector currently too weak to spur the growth that Nigeria needs at this point in her development, the government must come in to fill the void so as to eradicate restiveness and criminality in the country.

The Asiwaju also said Nigeria must build on the solid foundation laid by her founding fathers for her to achieve her manifest destiny and realise the promise of greatness.

He spoke on the topic: “Reduction of the Cost of Governance for Inclusive Growth and Youth Development in Northern Nigeria In a Post-COVID-19 era”.

The APC leader said that it is always important to look at cost of governance against the benefits derived therefrom, noting that most developed countries like the US, UK, Germany and France did not adhere to small government free market as their governments engaged in massive spending on infrastructure and education while also engaging in policies that protected industrial development and key aspects of the agricultural sector.

He warned against the continued rise in urban populations without commensurate growth in urban employments, even as he advocated for the implementation of a national industrial policy to encourage key industries that begin to employ this growing urban workforce.

Tinubu further said the Late Sardauna stood strong among the fathers of the nation, noting that he was more than just the Premier of the northern region.

“The nation-building contributions made by Sir Ahmadu Bello can never be overstated. More importantly, they should never be forgotten. 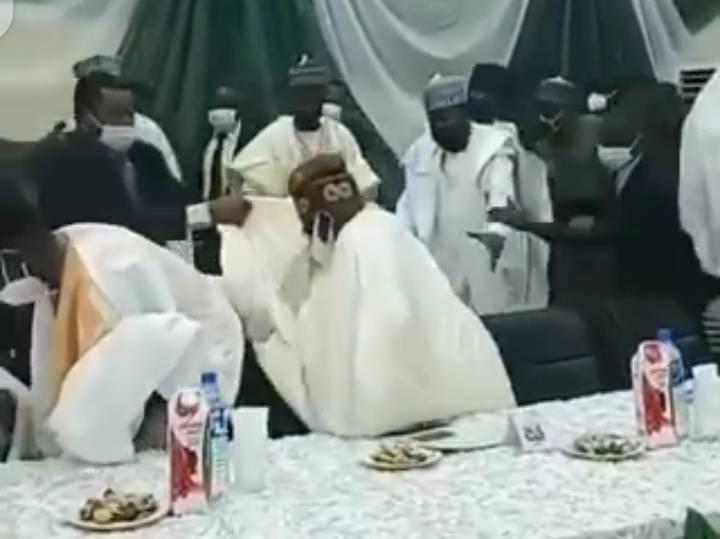 Meanwhile, Serving Speakers and their predecessors from the Northwest zone of Nigeria have declared their supports for Tinubu as the successor to President Muhammadu Buhari in 2023.

Their declarations and promises are coming some weeks after a similar endorsement of Tinubu was carried out by their colleagues in the south-western geo-political zone.

At a meeting for the States in the north-western zone, which was held in Kano on Friday, the senior lawmakers declared that Tinubu remains the right person for the presidential ticket of the APC at this time.

Praising Tinubu for being able to unite the southwest under one umbrella, they noted that his leadership qualities are most scarce in some other zones of the country declaring this as an advantage for the entire country.

At the Kano meeting where the Speakers and former speakers received the visiting Speaker of the Lagos State House of Assembly, Hon. Mudashiru Obasa, who led a team from the south-West, the participants further promised to commence grassroots mobilisation ahead of electioneering.

In a related development,  Tinubu was rescued from falling during the Arewa House lecture.

Tinubu at the function almost fell missing a few steps, but from the video shared on-line by a Tweeter user, it can be deduced that he is in a good state after the bizarre occurrence.