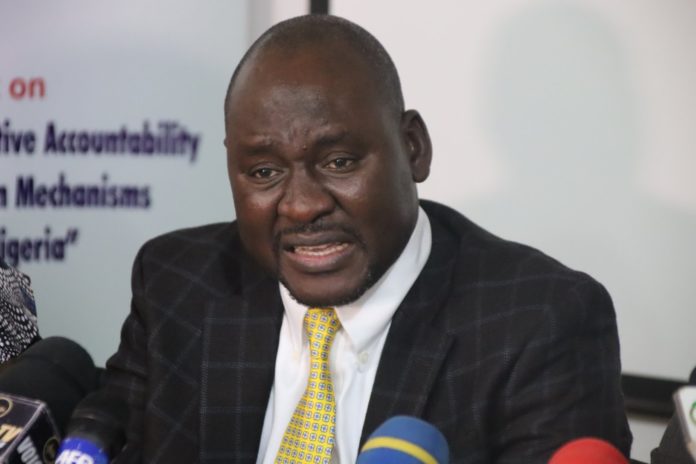 The CISLAC boss, who made this known in an issued statement yesterday, queried whether the value of the investments and allocations made from the national treasury to the numerous security paraphernalia in Nigeria if an ex-militant is seen to be more competent to deliver on security issues than the entire armed forces of the Federal Republic of Nigeria.

Rafsanjani also demanded to know who presided over the procurement process of this award, the process led to his emergence on this award, among other queries. He made reference to Tompolo’s past records and troubles with the Economic and Financial Crimes Commission (EFCC) over the years. He also questioned the integrity of the NNPC Ltd for ignoring his past records before awarding him the contract.

The CISLAC boss further made reference to the agitation of rival groups who blamed the government for not consulting before awarding the contract. “These groups are said to have threatened to sabotage the execution of the contract if not carried along properly”, he noted.

Rafsanjani, however, questioned the status of the NNPC Ltd, asking whether “it is still an agency of government given a contract on behalf of the government, or a commercial entity that should be running their cost based on performance and have their operation approved by the governing board of that establishment?” According to him, the decision to award Tompolo the surveillance contract in the Niger Delta area was a clear indication that the Nigerian government is promoting criminality. He urged the Government to uphold the commitment and mantra that brought them to power in 2015.

The CISLAC boss stated that it is still not too late for the administration of President Muhammadu Buhari to redeem itself and make some measurable impact and decision that is just, fair, and civil for the greater good of Nigeria.