…As families warn NRC against resumption of services

The Federal Government has opened a channel of discussion with terrorists who abducted passengers on a Kaduna-Abuja-bound train in March, 2022. 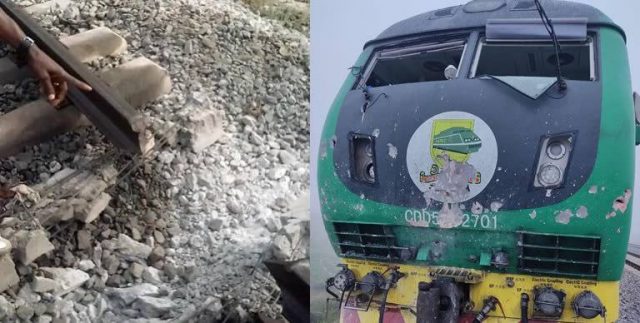 Recall that bandits attacked the train, killed eight persons and abducted scores. The bandits had threatened to kill all the victims if the Federal Government failed to negotiate with them. However, nine days after the attack, the terrorists released the MD of the Bank of Agriculture, Alwan Hassan, after an alleged N100 million ransom.

Speaking with newsmen in Kaduna yesterday, relatives and friends of the abducted passengers said they have been assured by the Federal Government that a channel of discussion with the terrorists has been opened.

“After the Federal Executive Council (FEC) meeting on Wednesday, we heard from the Federal Government through the Minister of Information, Lai Mohammed that the government is in dialogue. That government is already discussing with the abductors of our relatives”, said Dr. Jimoh Fatai, the designated chairman of the group pressing for the release of their loved ones.

“We are happy about it, we note it, we acknowledge it and we appreciate the efforts of the government in that regard. What we are now appealing for is that government should speed up the process”, Chairman of the Concerned Relatives of Abducted Persons said.

However, they warned the Nigerian Railway Corporation (NRC) not to resume services on the Abuja-Kaduna route until their loved ones abducted by bandits are released.

Dr. Jimoh said it is inhumane for the NRC to resume operations while the kidnapped victims are still languishing in the forest. The angry relatives vowed to disrupt train services on the route if the victims are not rescued before the resumption of train services.

The train attack occurred on March 28, leaving at least seven people dead and over 100 unaccounted for.

On Tuesday, the families had earlier issued a 72-hour ultimatum to ensure the release of their loved ones.