Tension between the United Arab Emirates, (UAE) and Nigeria is yet again making the news. 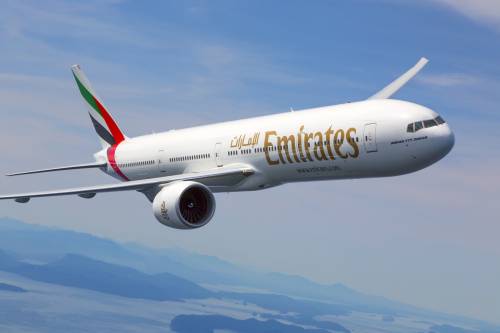 Days after the Arab nation lifted its ban on countries, including Nigeria, travelling into the country, the Nigeria Civil Aviation Authority (NCAA) is refusing to allow the Dubai-based carrier, Emirates Airlines, to resume operations in Nigeria.

The Director-General of the Nigeria Civil Aviation Authority (NCAA), Capt. Musa Nuhu, while speaking to newsmen on Friday, had said “Emirates Airline cannot operate in the country until it officially communicated to Nigeria”.

However, diplomatic documents sighted by this medium showed that indeed, the UAE has formally communicated to the Nigeria Government through the Ministry of Foreign Affairs notifying the country of the UAE’s decision to lift the travel ban on Nigeria.

An official of the Nigeria Civil Aviation Authority (NCAA) who preferred anonymity, confirmed that “the NCAA received the communication on the 28th of January, so there is no way that DG of NCAA will say he is not aware”.

The source went on to further claim: “You know, the Aviation Minister is supporting Qatar and not UAE. He wants to bring Qatar Airways to take over the slots allocated to Emirates. All this is to frustrate the UAE”.

A similar confrontation ensued last year, which threatened relations between both countries over refusal by authorities in the UAE to give slots to a Nigerian carrier, Air Peace. The confrontation was later resolved as Air Peace was permitted to fly directly to Dubai in addition to Sharjah Airport.