As the diplomatic row between the United Arab Emirates, (UAE), and Nigeria deepens, the UAE yesterday has barred all airlines from conveying Nigerian passengers to the country. 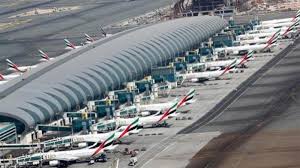 It was reported yesterday that many Nigerian passengers who boarded Ethiopian Airlines heading for Dubai were sent off the plane. This happened hours after the restrictions imposed on Emirates by the Federal Government took effect.

The Director-General of the Nigerian Civil Aviation Authority, (NCAA), had withdrawn the winter schedule earlier approved for Emirates to operate 21 weekly flights to Nigeria. The Government, instead, gave Emirates one weekly slot in Abuja, the nation’s capital, in what is seen as a tit-for-tat measure after the UAE Airport authorities reportedly denied Air Peace the three slots it requested.

Following the development, Emirates had suspended all its flights to Nigeria pending the resolution of the issues between Nigeria and the UAE. However, things worsened after Dubai-bound passengers using other airlines were reportedly barred. A source told newsmen that the de-boarding of Nigerian passengers was on the order of the UAE authorities. There has been no official communication from the UAE authorities on the latest development.

It was earlier reported how many Nigerian passengers were stranded over the Emirates logjam. According to a passenger, who said he was billed to travel via an Emirates flight yesterday, had to explore an alternative airline, paying over N500,000 to travel via Lufthansa. Among those stranded are businessmen, students and others said to be going for medical reasons.

The Vice-President of the National Association of Nigeria Travel Agencies (NANTA), Abuja Zone, Ambassador Adeshola Kayode, lamented that millions of naira have been lost and businesses affected as a result of the current imbroglio. “We have lost millions; clients have started requesting refunds and some of these tickets are not refundable; and for those that have refunds, it will take time to process”, he stated.

He, however, said the Federal Government’s decision was a welcome development to protect the sovereignty and integrity of the country.