A group, the United Nigerian Stakeholders, (UNS), has defended the Nigerian Consul-General to the United Arab Emirate, (UAE), Atinuke Mohammed, over allegations accusing the Federal Government of not doing enough to protect Diaspora Nigerians in the UAE. 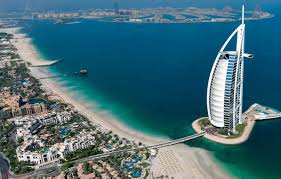 The group made the clarification while responding to an online publication by a group of Nigerians residing in the UAE, who condemned the refusal of the government of the Arab country to renew work permits for Nigerians residing there.

In an issued statement yesterday, the UNS said the Nigerian Consul-General to the UAE “has rather been working extremely hard since her appointment not only to unite Nigerians in UAE but also resolve any conflicts involving Nigeria and its citizens and the United Arab Emirates government.”

It also considered the statement made by the leader of the other group, Chidi Nwanyanwu, as “uninformed;” as it condemned what it described as an attempt to cast “aspersions and heap all the blames on the doorstep of the Nigerian Consul-General”.

It called on the Nwanyanwu-led group to “always remember as they say in Nigeria’s local parlance, that when one finger dips into the oil bowl, it definitely affects the entire fingers”.