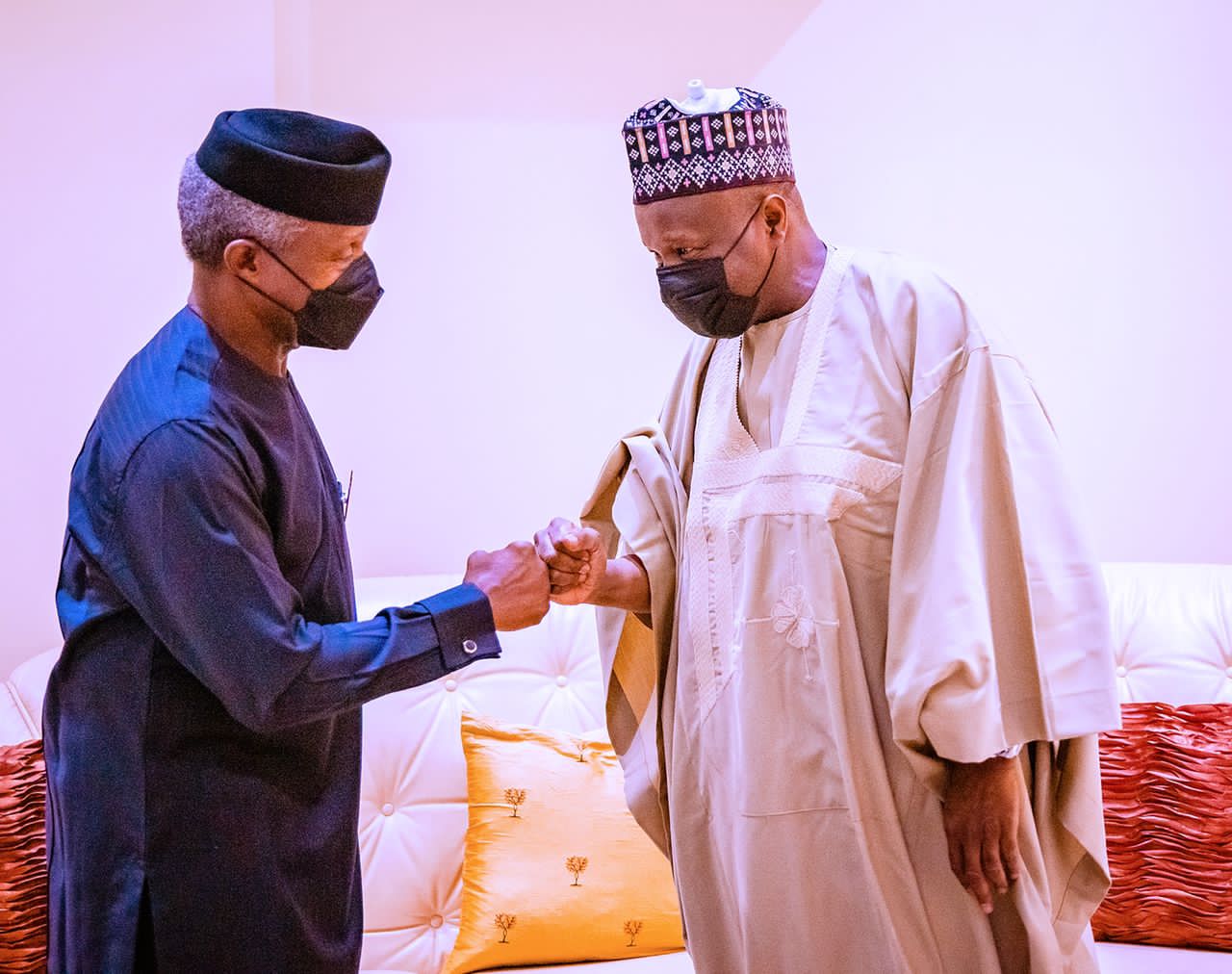 Governor Inuwa, who brought the VP up to speed with some of the giant strides taking place in the Jewel state within the last 31 months of his stewardship, especially as it affects the implementation of the development agenda and sustaining the momentum and tempo on the enviable position of Gombe as the best ranked state in the ‘Ease of Doing Business’ as confirmed and awarded by the Presidential Enabling Business Environment Council chaired by Prof. Osinbajo.

With this feat and many measures put in place by the Inuwa Yahaya administration, Gombe State seems to have become a hub of scramble and partition by investors, especially with the Muhammadu Buhari Industrial Park coming on stream.

Governor Muhammadu Inuwa Yahaya has been consistent in demonstrating commitment to good governance, culminating in comprehensive reforms in land administration, financial management, revenue administration and the massive infrastructural development across the nooks and crannies of the State.

His clear vision and purposeful leadership as well as support to SMEs, providing enabling environment for business to thrive and commitment to sustaining the prevailing peace in Gombe State have earned Gombe great respect and recognition within and outside the State.

Gombe is one of the few states with a robust plan (DEVAGOM) that reveals the big thinking of the State government and the resolve of Inuwa to transform the state into a highly educated, innovative, healthy and prosperous State propelled by peace, efficient infrastructure, sustainable environment and good governance and to create an enabling environment for sustainable peace, cohesion and an all-inclusive development for the people of Gombe State.

During the visit to the VP, Governor Inuwa presented his mid-term score card to the admiration of the number two citizen. 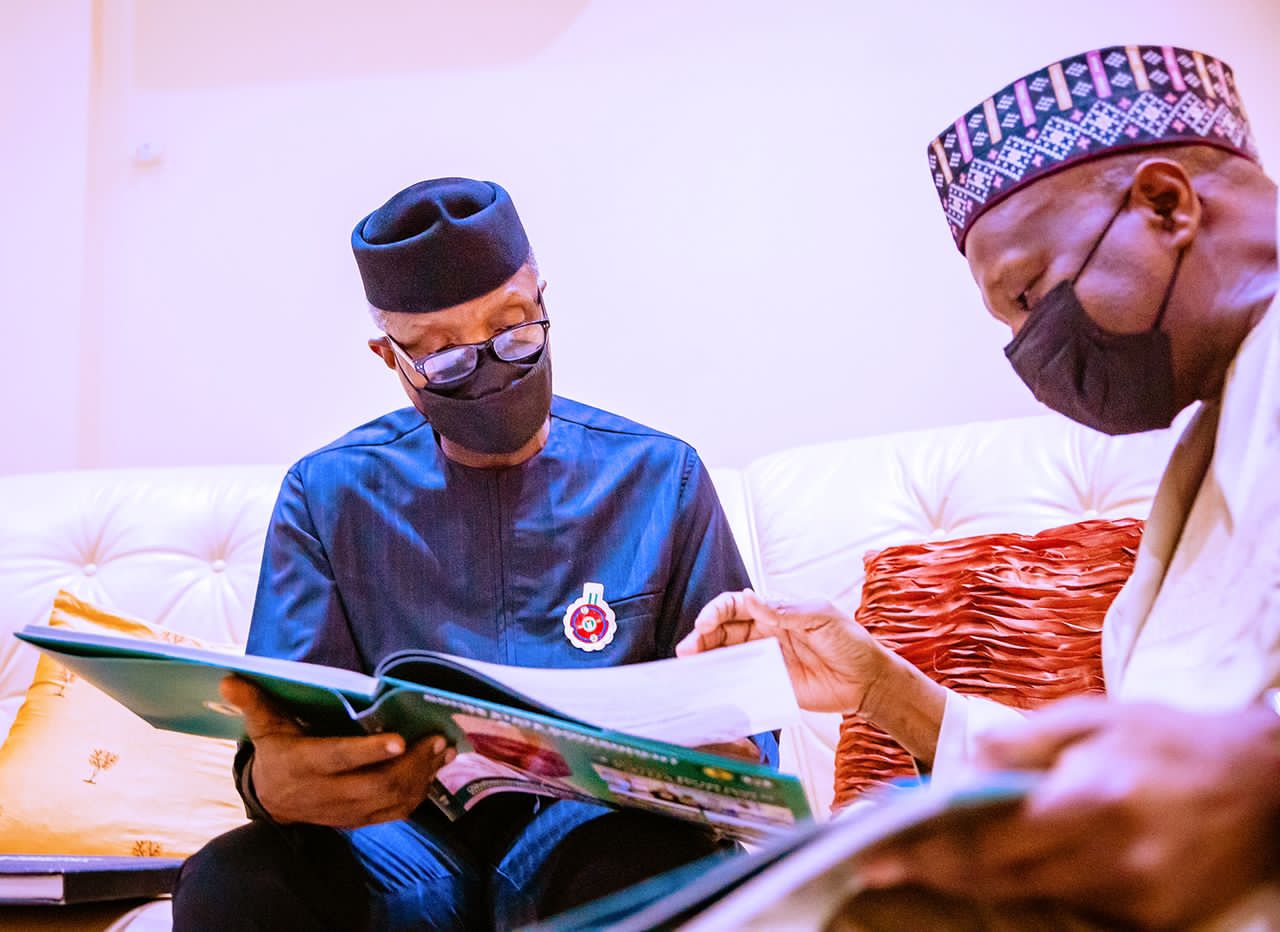 The mid-term score card document, which showcases the milestone of achievements recorded as a result of purposeful and visionary leadership of Governor Inuwa, also contains and presents all the 117 specific campaign promises of his Excellency as contained in his 2019 manifesto and provides tangible evidence of efforts made to deliver on each of them.