Troops of the Nigerian Army have rescued no fewer than 900 captives during an extreme intrusion into the insurgents’ enclaves in Sambisa Forest, in the North-East region, killing a top Boko Haram/ISWAP terrorist, Adamu Ngulde, and 23 other terrorists, top military sources have said. 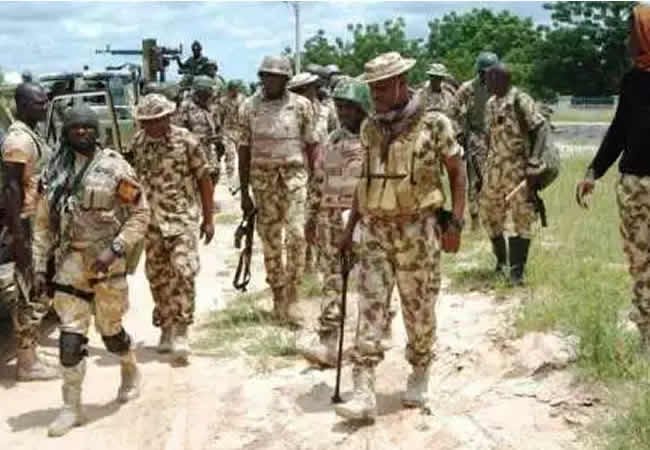 The sources said in a major boost, troops of the 402 Special Forces Brigade, comprising 134,198 and 199 Special Forces Battallions, under the ‘Operation Hadin Kai’ second phase of Desert Sanity, cleared the terrorists camps in the axis of Bama local government area of Borno State.

The sources further said, “During the joint offensive, scores of the Boko Haram/ISWAP terrorists, including a top Commander, Adamu Ngulde, met their waterloo in the hands of the gallant troops, forcing dozens of them to surrender, while more than 900 women and children were so far rescued”.

The competent military sources added that some of the terrorists fled, abandoning their weapons and belongings, while the Mujahedeens, who escaped the military’s onslaught were evacuated to Zangiri, Koroshirili Ali Kanzari, Bashari and Kardari, a location that would be used for the treatment of wounded fighters.

The Theatre Commander, ‘Operation Hadin Kai’, Maj. Gen. Christopher Musa, in his recent interview, said that the operation has successfully cleared the general area of Sambisa and Timbuktu Triangle which used to be the strongholds of the terrorists.

He had said, “We have moved on beyond Gwoza to Sambisa, clearing the entire general area. This is the much I can tell you for now. All what these criminals are doing now is hit-and-run”, he affirmed.