Ø  Restates order on ‘shoot anyone found with AK-47 illegally’

President Muhammadu Buhari has emphasised that the Security Chiefs have received marching orders to go harder on criminals, including to shoot anyone found illegally with an AK-47 rifle.

The President stated this at a meeting yesterday with the National Council of Traditional Rulers of Nigeria at the State House, Abuja, co-chaired by the Sultan of Sokoto, His Eminence, Muhammad Sa’ad Abubakar III and the Ooni of Ife, Oba Adeyeye Ogunwusi. 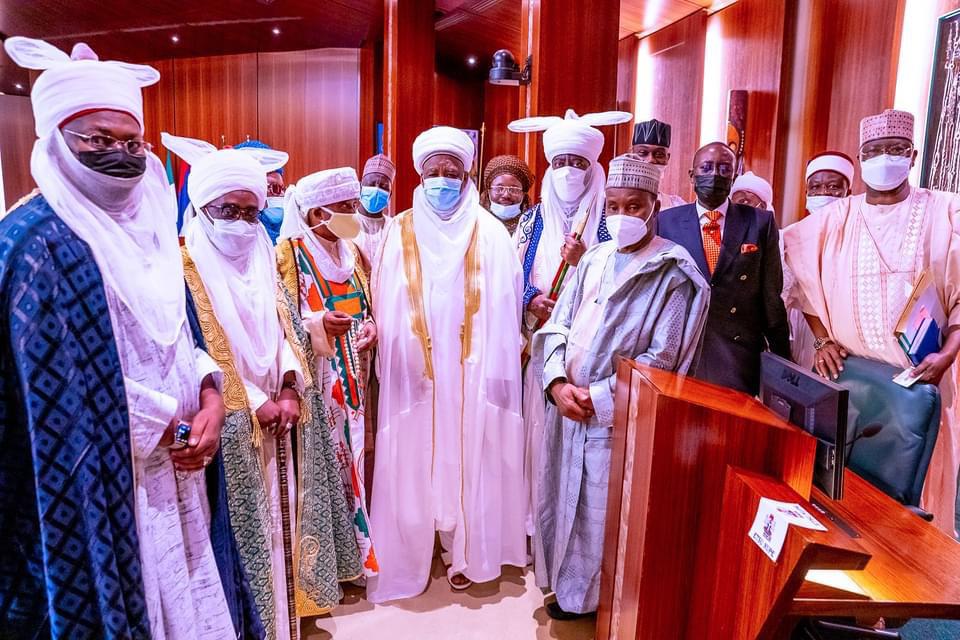 The President, who apprised the meeting with efforts by the government to improve the security situation in the country, said his administration has recorded appreciable successes   in the North-East and South-South parts of the country.

The President expressed dismay on the attacks on police stations and killings of security personnel by criminals, warning that no investor will invest in a country that is unsafe.

Buhari also stressed the need for traditional rulers to use their roles and positions as bridge builders in each of their communities to complement government efforts at ensuring peace and security. He appealed to the traditional leaders to deploy their reach and influence in the best interest of assisting the Government to root out those whose sole objective remains to cause trouble and destruction of livelihoods and families across the nation. 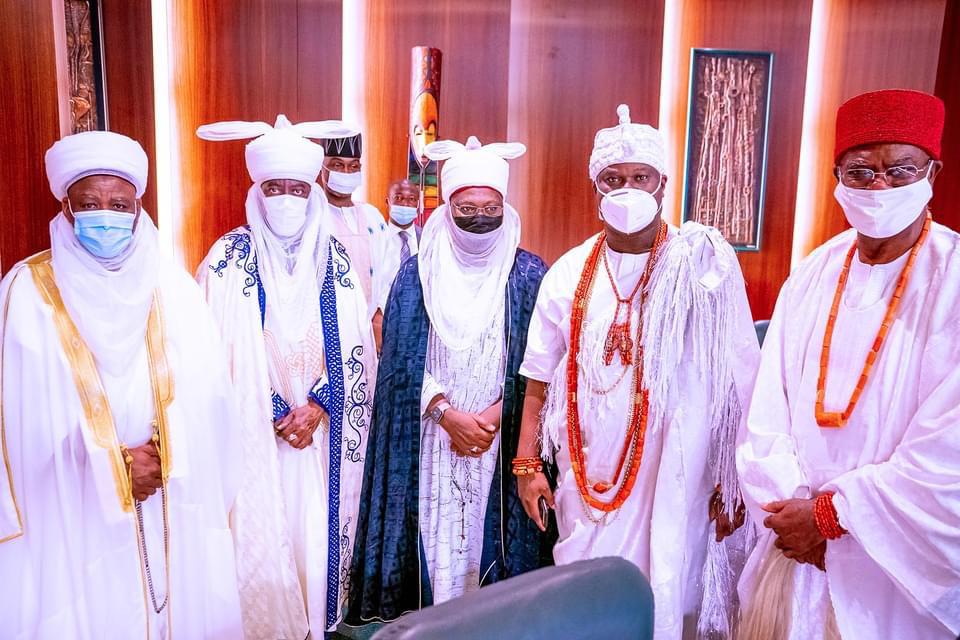 The President, who listened to various interventions from representatives of the traditional rulers from each of the six- geo-political zones in the country, pledged that his administration would continue to support and work collaboratively with them to ensure peace and stability.

In separate remarks, the royal fathers stressed the need for the traditional institution to be assigned definite roles, particularly on peace and security, within the ambit of the Constitution as well as regular engagement with the National Assembly on multiple fronts.