Former chairman of the Independent National Electoral Commission (INEC). Professor Attahiru Jega, has said that Nigerians cannot continue to sit on the sidelines and allow people to keep destroying the country. 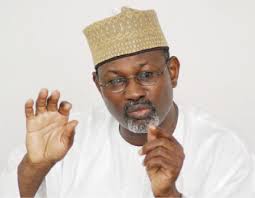 Prof. Jega, who stated this in a published interview yesterday, said, “One of the major challenges that have brought us as a country to where we are is the poor management of our diversity.

“We have not utilised the benefits of having a federal system of government to be able to better manage this diversity. The bottom line is the character and disposition of those who find themselves in leadership positions.

“If we continue to allow a political electoral recruitment process that brings into the federal and local levels people who do not think or act beyond their parochial confines, then the challenges will continue.

According to him, “The fundamental starting point is to recognise that we are a diverse country but we are all citizens of this country and our duties, rights and obligations are defined constitutionally; and also that everybody deserves the protection of the right to religion and other citizenship rights of residence.

“If rights are protected, we will minimise fears and suspicions, and then get to relate with each other as citizens.

The ex-INEC chairman, who is
presently a member of the People’s Redemption Party, (PRP), also said he believed that the PDP and APC are almost irredeemable, saying, “They are marriages of convenience by the politically active elite, majority of whom focus on the actualisation of self-serving objectives in elective positions. Many of them see participation in elections as an investment. They engage in elections by hook or crook. Once they get into the governance process, obviously they do their best to recoup their investments”.

“I am not saying that everybody in APC and PDP is bad but it is a bad tendency because political recruitment processes in these parties are controlled by godfathers and moneybags and would only bring in people that they know would do as directed.

On whether INEC can play any role in improving internal party democracy by ensuring certain rules are in place, Prof. Jega said, “What INEC does or does not do is all a function of the legal framework under which it operates. We paid a lot of attention to the electronic transmission of election results, to the more recent issue of direct primary. What they are trying to do is to turn democracy into a plutocracy: a government by the rich for the rich.

“There are problems but those problems must be solved if our country is to move forward. By doing our best, we would not only help keep hope alive that things can change but also serve as an encouragement to the younger ones. But that doesn’t mean the abandonment of the principles which are fundamental in whatever we do”, he emphasised.