The Director-General, Nigerian Maritime Administration and Safety Agency, (NIMASA ), Bashir Yusuf Jamoh has said that the North has 10,500 kilometres inland waterways waiting to be harnessed. 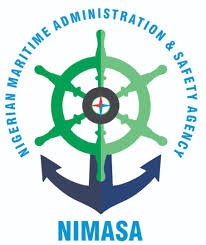 The NIMASA boss, who revealed this in an interview with a group of journalists in Kaduna at the weekend, noted that there are a lot of potentials in the Maritime in the Northern region that is not known.

He also said that most people believe that since there’s no sea in the region, there is no maritime; but he maintained that this view was not correct and urged the States governments and investors to take up the challenge.

According to him, the inland waterways in the North is an asset to the country and should be utilised “because we have over 10,500 kms inland waterways waiting to be harnessed; while in the sea we have 853 kms, which is less than 1,000kms.

To this end, he was of the view that the opportunities in the maritime that abound in the Northern region should be reported for the benefit of all Nigerians and potential investors.

“The majority of people do believe that since the North don’t have a sea, we don’t have maritime…..that’s not correct. If you go to Egypt, it’s an artificial lake they use. You see this River Kaduna, it’s a river. If we dredge it, we would make better use of it. It is as good as the sea. Whatever resources you can have in our sea, you can have it there.

“The maritime asset you can have in our sea, you also have it here. So, I begin to wonder why all these years, we never try to look at the River Kaduna beyond what the river should provide. We should be able to see a lot of things in River Kaduna across that line. The water transportation in the North, for instance, the River Kaduna, can be utilised for the inhabitants that can use, around that area”.

Jamoh also noted that, “If you can develop the infrastructure, connecting roads that can connect to different villages, roads that can get to the River Kaduna; along the sides you can have hospitality industries. When you’ve hospitality industry, you can imagine the kind of economy that’ll become functional; you can imagine the level of employment that you can generate, the level of tourism; people would come and build the tourism industry around that area.

‘You see the River Kaduna, underneath it, there are a lot of minerals, including gold. It’s a matter of conducting the research.
The same water that harbours such things at sea, we can have the same things in inland waterways.

“What we have in our inland waterways is an economy on itself. If you say you are going to harness it, it is okay to give thousands of people means of livelihood., either directly or indirectly. That is where you will get things like gold, copper, everything, under the water. We don’t harness it.

“Oftentimes, whenever I’m passing River Kaduna, what I see is Dollar, Pounds Sterling, Euro, etc…Whenever I see the river flowing, I always say: ‘look at money flowing and you can’t pick it”, he lamented.